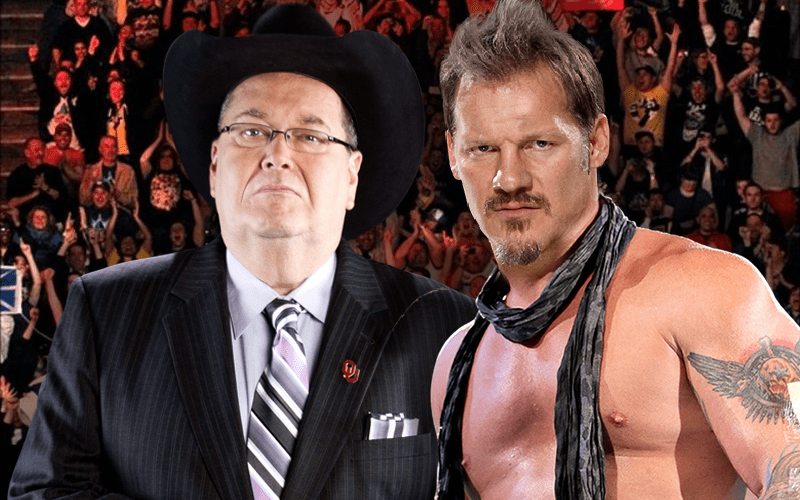 You never know what can happen in the pro wrestling world which is why our catchphrase is “only time will tell,” because you really never know. But one thing that it does take to get the ball rolling in a lot of ways is money and it seems like Chris Jericho and Jim Ross have found a billionaire to possibly fund something pretty amazing.

The rumors have been big and the story could be huge, at this point we only have rumors to go on but SE Scoops reports that Y2J and JR have been working with agent Barry Bloom to put together this new venture.

The Khan family, who own the Jacksonville Jaguars and Fulham F.C. of the English Premier League is reportedly backing this project and they already have a killer roster, in fact, they are reported to already have a very ELITE roster.

It was said that Cody Rhodes and The Young Bucks are on board along with Adam Page although Kenny Omega’s involvement isn’t confirmed at this point. But apparently in 12-16 months, this thing is supposedly going to get off the ground. But it was said that when Cody, The Young Bucks, and Adam Page talked about sticking together this is what they are alluding to.

It is said that they are going to spend a lot of money and expect to lose cash for a while until things get off the ground, but if you’re going to have a project like that then you might as well have a billionaire backing you.

“I’ll just say right now that it’s very, very premature,” Bryan Alvarez said on Wrestling Observer Live. He did not deny this story and acted like he didn’t want to say too much. Then he said that more information is on the way on their website later on today.

We will keep you up to date on this story and what is going down as soon as more is known. But at this point, only time will tell how big this story could get.