X-Pac opens today’s show by speaking about The Young Bucks. He notes that the Bucks have made it clear that they won’t be promoting the Bullet Club t-shirt after this year, and X-Pac understands that completely. NJPW owns the trademark on “The Bullet Club”, and at this point in their career The Bucks want to be marketing and promoting things that they have ownership over.

X-Pac notes that Chris Jericho was unhappy with NJPW this past week over the fact that they haven’t been using Don Callis on commentary. Jericho called their refusal to use Callis, “Just plain stupid”. X-Pac says, “Good for Chris”, noting that some people mightn’t like Jericho’s words but that’s just too bad. 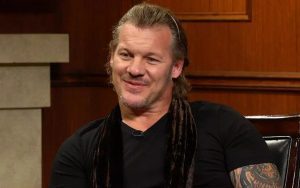 Someone in Jericho’s position can make those kind of stances, and if NJPW doesn’t want to book him anymore than that’s their decision. Jericho is on a roll right now, and with all the rumours of NJPW talent leaving the company, they probably shouldn’t be making enemies.

X-Pac notes that Michael Craven was brought in as part of a new management team to spearhead NJPW and some wrestlers have become disgruntled with this. X-Pac notes that when an outsider comes into the business like that they need to be very careful. Craven needs to be careful when he speaks to his wrestlers, because if he’s not Vince McMahon will take all of them and there’s nothing Craven will be able to do about it.

X-Pac says that Jim Ross was the best talent relations guy WWE ever had. Ross knew how to talk to performers and calm them down, and X-Pac can speak from experience because Ross calmed him down multiple times when he was out of line.