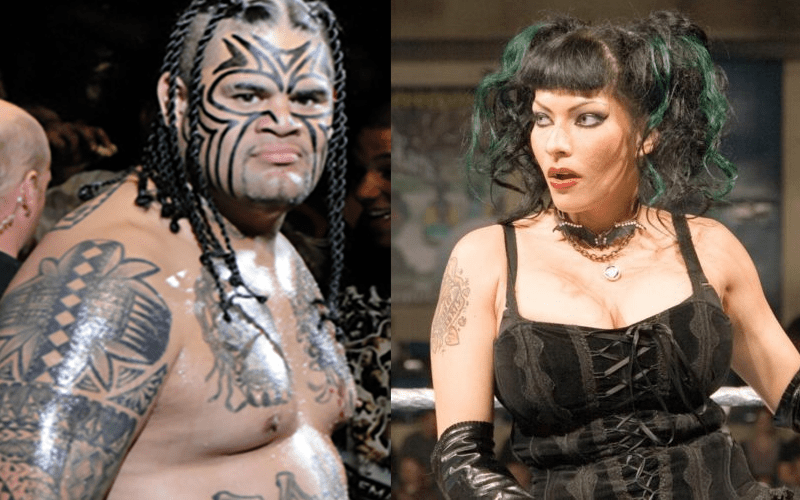 Umaga is no longer with us and as a member of the Anoa’i Family of pro wrestling, he was instrumental in helping get The Usos into their first pro wrestling situation where he encouraged them to be Superstars instead of working a regular 9 to 5. He is greatly missed by fans, family, and friends and many amazing stories have been shared about his personality and love for the pro wrestling business. But Shelly Martinez doesn’t remember Umaga too fondly at all.

Martinez was recently a guest on Vince Russo’s podcast where she came forward with a story about how she nearly raped by Umaga while they were on an overseas tour.

I almost got raped while on a over seas tour. Since then others have shared with me they were raped. So sad. https://t.co/JyHbTlKysY

Martinez also went on Women’s Wrestling Weekly where she expanded on the story surrounding her alleged near sexual assault with Umaga. It’s also important to note that Umaga isn’t around anymore to defend himself.

“I almost got raped when I was with WWE we were overseas and there was a guy that I was a guy and he wasn’t my boyfriend but I’m the kind of person who when I’m just dating somebody I only date one person at a time to see if I like them or whatever. I’m like a stage 4 clinger.”

“I was like, ‘Dude it’s not even going to happen,” and he was like, ‘He’s not even your boyfriend, who cares?’ I was like I don’t care I like him. So it became some sick game and the next thing I know it was after a show and we were partying or whatever and the only reason why I don’t say the names right now or haven’t yet publically is because there is a lot that I don’t remember and I don’t want to be saying stuff that I don’t remember.”

“But I will say this and I’ve never said this before but there was a group of guys and one of them was Umaga and when they saw he was getting the most aggressive with me — they left and he got on top of me and I just prayed. One of my fears is being raped because when I was a little girl I had some sexual abuse stuff so it’s just something that I feared.”

“The next thing I can remember is being at a show the next night and venting to my girlfriend Melina about it — not telling anyone else and one of the guys yelled down, ‘Hey Melina, did you smarten her up yet?’ I was like, ‘smarten me up to what? To keep my mouth shut?!’ So I went right up to his face and I said I didn’t tell anyone except for her and I can’t remember everything else I said when I got in his face.”

“A lot of this I didn’t remember until a couple years ago and I was totally suppressing it.”

This is a very sad story, especially considering the fact that it was very much implied that there is a culture of covering up this kind of thing, or at least there was this kind of idea backstage.

It’s sad, as stated above that Umaga can’t defend himself and she didn’t mention anyone else by name. But if you tend to believe Shelly Martinez’s story then there could be a lot more digging someone could do to find out how prevalent activity like this might have actually been.