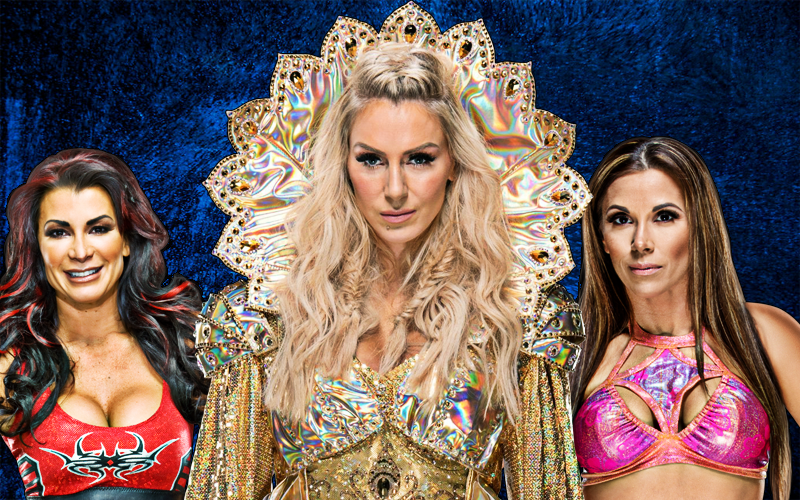 Charlotte Flair has made it no secret that she never originally intended to be a WWE Superstar. She grew up watching her father as a world-renowned star. Rather, it was her brother Reid that was interested in pursuing a wrestling career. However, Reid convinced his sister to pursue wrestling, and she fell in love with it, as Reid tragically passed away.

During an interview with Landon Buford, former WWE and Impact Wrestling star Lisa Marie Varon revealed that WWE Hall of Famer Ric Flair asked for his daughter Charlotte to be taught by Mickie James and Varon herself.

“Ric asked if I could help train his daughter Charlotte along with Mickie James. I think I was the scheduled for an appearance that did not come through and to have Ric Flair call you and say train my daughter. How cool is that?”

Buford also had the opportunity to talk with James before a recent episode of RAW whilst WWE were in Texas. James gave her own thoughts on Flair wanting her and Varon to train Charlotte.

“Ric really wanted us to train Charlotte before she was in the business. The only actual training I did with her was when I went down to NXT, but she was injured at the time. So, I never actually got to see her wrestle. I was down there for like a week at the training facility. What I recall is Ric wanting Lisa and me to train Ashley (Charlotte Flair).  I can confirm that Ric did express interest prior to her pursuing a career in wrestling and he wanted her to learn from who he considered the best. He has always been very kind to Lisa and me throughout our careers.”

James also revealed what her opinion is of Charlotte’s progression as a wrestler in the short time she has been performing.

“I think it is incredible, especially being that this wasn’t her dream. I think she was totally content with the life she was living at the time. I feel like Reid’s death was really the catalyst in her decision to go full force and pursue a career in wrestling after his passing.  Obviously, Ric flair’s shoes are such big shoes to fill. He is considered the greatest of all time by many and certainly one of the greatest of all time, in my opinion, like Shawn Michaels, and the list goes on. I think that was certainly the catalyst for her desire to try to be the best. She recognizes that she’s going to be constantly compared to her father and she wants to be at least perceived somewhat on that same level. Obviously, she’s done well for herself thus far.”

Flair is set to take on SmackDown Women’s Champion Becky Lynch for the Championship at Evolution in Uniondale, New York. This match was announced as the first-ever Last Woman Standing match,

Did you expect Charlotte to be as good as she has become? Who do you predict leaves Evolution as Champion? Let us know your thoughts, opinions, and reactions in those comments below.

With H/T to Landon Buford for the transcriptions.