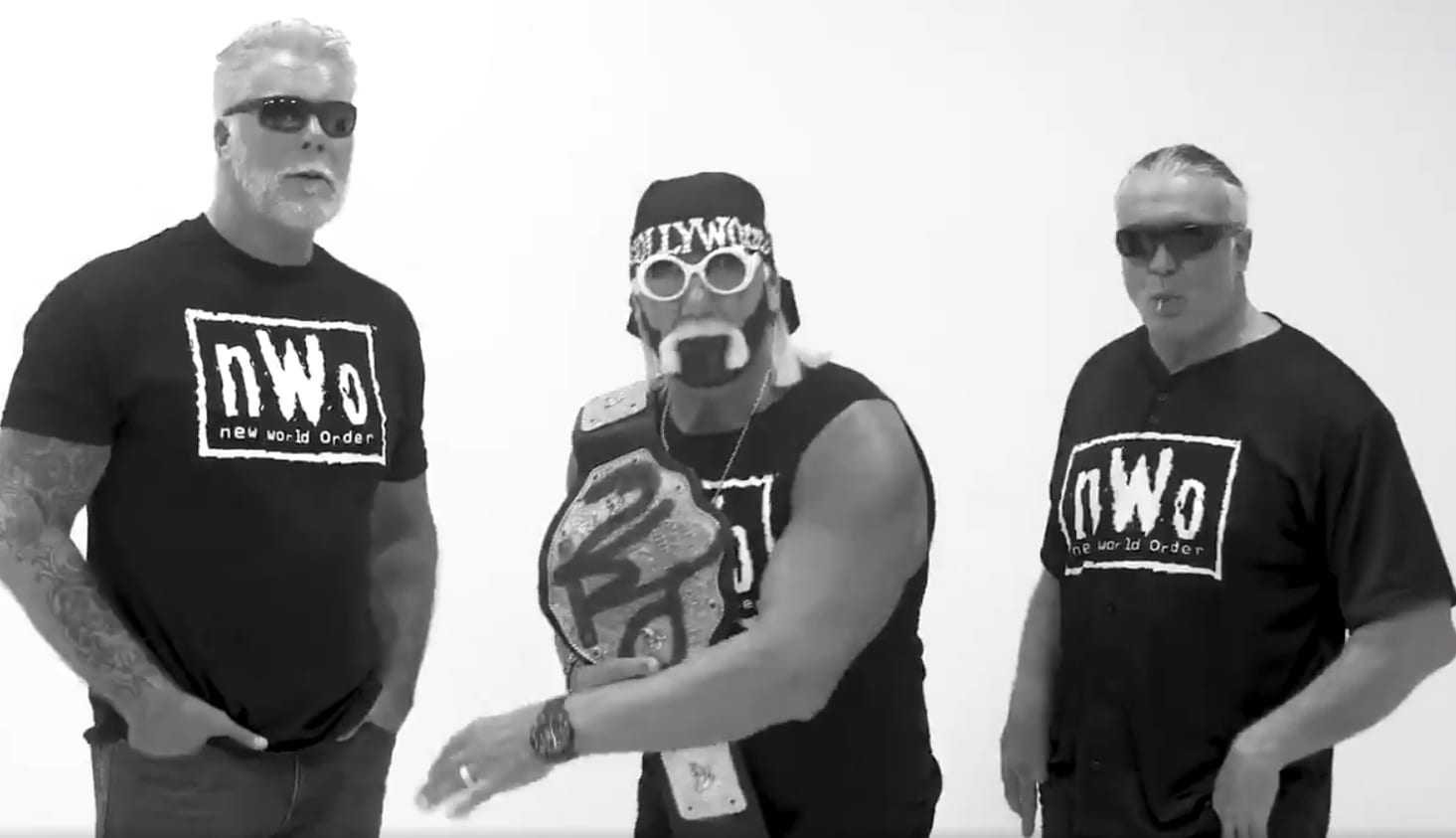 WWE has published an article promoting Hulk Hogan’s upcoming reunion show. Below is an excerpt of what they wrote about the event.

“Hollywood” Hulk Hogan, Kevin Nash & Scott Hall are getting the band back together for a “2 Sweet” fan event in Orlando.

The original nWo will reunite on Saturday, Oct. 27, to put on a two-part event that will give fans one of the most in-depth encounters with the “Original 3” ever available. The day features five events spread across Mango’s Tropical Café and Hogan’s Beach Shop in Orlando, Fla., and includes a live recording of Eric Bischoff and Conrad Thompson’s “83 Weeks Podcast,” a two-and-a-half hour Q&A session with Hogan, Nash & Hall and group photo ops at the end of the day.

Tickets start at $199 depending on which experience you want to partake in, so check out the nWo’s announcement of the event below, and head to Hogan’s website to browse packages for this long-awaited reunion event.

As previously reported, Brad Shepard said on Barnburner’s No Holds Barred podcast that he could confirm at this point that Hulk Hogan will be making the trip to Crown Jewel.