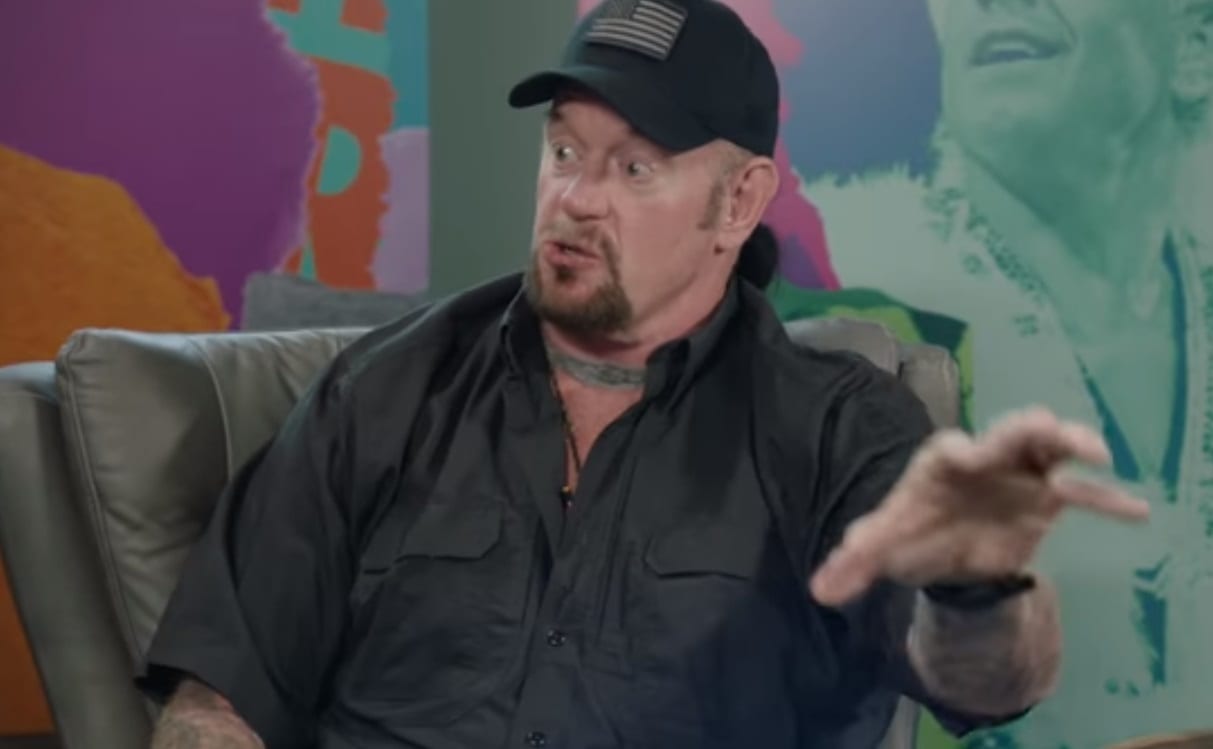 The Undertaker has been able to tell some great stories in his WWE career as The Dead Man. Although he’s no stranger to high risk either being one of the few big men who can fly, he knows that is not all it takes to succeed.

The Undertaker recently sat down with Pastor Ed Young as part of the “Wrastlin'” series where he explained his theory of what it takes to be really successful in the pro wrestling business and maintain the kind of longevity that he has been able to enjoy.

“Wrestling and sports entertainment it’s not really about the moves. It’s about being able to evoke emotion in one facet or another. You have to either make them love you or hate you. It doesn’t matter really, some people like to be hated, and others like to be loved.”

“But if you can’t bring that emotion out of your audience, you’re not going to have them for long. A lot times what happens with the young guys is they’re so athletic they’re so gifted like they’ll do some back crazy backflip off the top rope land on somebody on the floor and that’s what the audience takes away from it: ‘This guy does crazy stuff.’ Well, you can only see that so many times before you’re like: ‘mmhmm. I’ve seen that. I need to see something new.”

The Undertaker said some newer talent backing themselves into a corner of trying to top their previous move. But when younger talents up the expectations of themselves in the ring, then that ups the chances of an injury as well. Therefore, characters are even more important than ever because they can help reduce the risk of running into that problem.

“So characters guys like The Rock, Cena, and Flair — all those guys like that you know. They had the ability to either make you love them or make you hate them.”

“Cena is such an anomaly because you don’t know one night to the next if they’re going to go ballistic and crazy for him or boo him out of the building. He is probably the most polarizing guy to come along in a long time because his fanbase is — it’s crazy. But what happens? He sells tickets. He works in front of full arenas, the same thing with The Rock but that’s the key. We tell stories. We use wrestling moves to tell the stories, but it boils down to the character and being able to bring that emotion out of your audience, you know?”

Whether you love high-risk spotfest matches or not, it’s hard to refute what The Undertaker is saying there. After all, he really knows what he’s talking about.