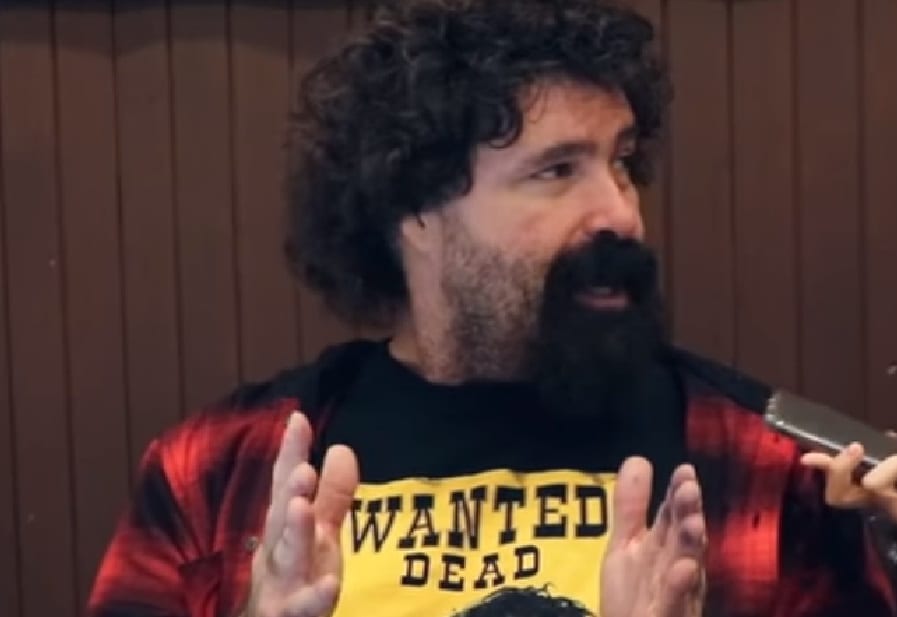 Mick Foley has been a part of several amazing moments during his WWE Hall Of Fame career and he took part in another angle at Hell In A Cell where he was the guest referee in a match between Roman Reigns and Braun Strowman for the WWE Universal Champion.

Foley recently spoke to Little Punk People where he went over a few interesting questions and a couple of them came out of left field. But Foley said one of the most surprising things about his career at this point is that there is still so much interest nearly 2 decades after his heyday.

“I think one of the most surprising things is that 19 years after I was WWE Champion people are still coming out to say hello and see me. So I get to make a living wearing pajama bottoms and a fanny pack and you can’t put a price on that.”

Foley also said the he wishes he had a ray gun that zapped kindness into people, and if he had one then he would certainly do just that. After all, Jewel once said, “in the end, only kindness matters.” He then revealed what he would do if he was president and he would take care of a surprising problem.

“I think I’d ban the handshake. That would be my executive order. It’s been proved to spread germs over anything else. Institute a ‘bro hug mandate’ so when you meet people.– The Japanese people had it right with the bow and we screwed it up.”

Foley said that his idea of heaven would be Christmas Morning every day which isn’t surprising coming from someone who wore Christmas clothes for a year straight. He also wants to wrestle Donald Trump in a “World Loses Twitter Match” because the president wouldn’t be dictating policy from the toilet.

Then Foley addressed a pro wrestling question when he was asked who he thought would have won the Hell In A Cell match between Roman Reigns and Braun Strowman if Brock Lesnar didn’t come out to stop the match in its tracks. After all, Foley was the special guest referee until chaos broke loose at HIAC.

“Oh man, both those guys were kind of laid out, right? That was unfortunate for both those guys meaning Braun Strowman and Roman Reigns. I don’t know if you stop a guy like Braun Strowman in that environment. So if Brock Lesnar hadn’t gone and laid waste to the entire place — I couldn’t participate because Paul Heyman sprayed hairspray in my eyes and somehow got my ear infected. I don’t know how that worked out. But I think Strowman [would have won] in the structure.”

It would have been interesting to see this match come to an actual conclusion without the referee just waving off the match. But according to Mick Foley, it would have gone Strowman’s way and he should know because he got a very close vantage point of the match as it carried on.