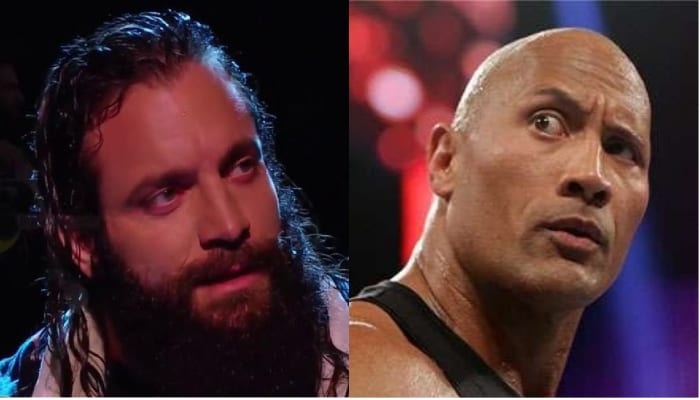 While speaking to CBS Sports, Elias discussed comparisons to Jeff Jarrett and The Honky Tonk man, which are former WWE personalities that had a music act of sorts. When The Rock’s name was brought up, Elias said that The Rock can’t do what he does on a weekly basis and challenged him to show up to RAW.

“That’s another thing okay, that’s another thing and I hear The Rock and uh… That’s a subject that gets me fired up, The Rock. He came out, he played guitar. First off, he did cover songs, I’m doing originals. That’s one little thing. Now he did these concerts, “Rock Concerts” as he called them, maybe five, six times throughout his career. I am performing on a nightly basis for WWE. I’m doing it in front of tens of thousands of people at the live events every single week and then millions on Monday Night RAW. The Rock can not do what I do.

“That’s the thing. The Rock had plenty of catchphrases. It was a fun time when The Rock was out there, I get that but my performances are on a different level. If The Rock ever wants to come and walk with Elias, he knows exactly where to find me. It’s my show on Monday Night RAW. Rock, I know he’s a busy man and has movies going on or whatever, but I’m a busy man too and I would make time for The Rock if he shows up.”

You can listen to Elias’ remarks embedded in the video below.

Do you want to see a showdown between The Rock and Elias? Sound off in the comment section below…