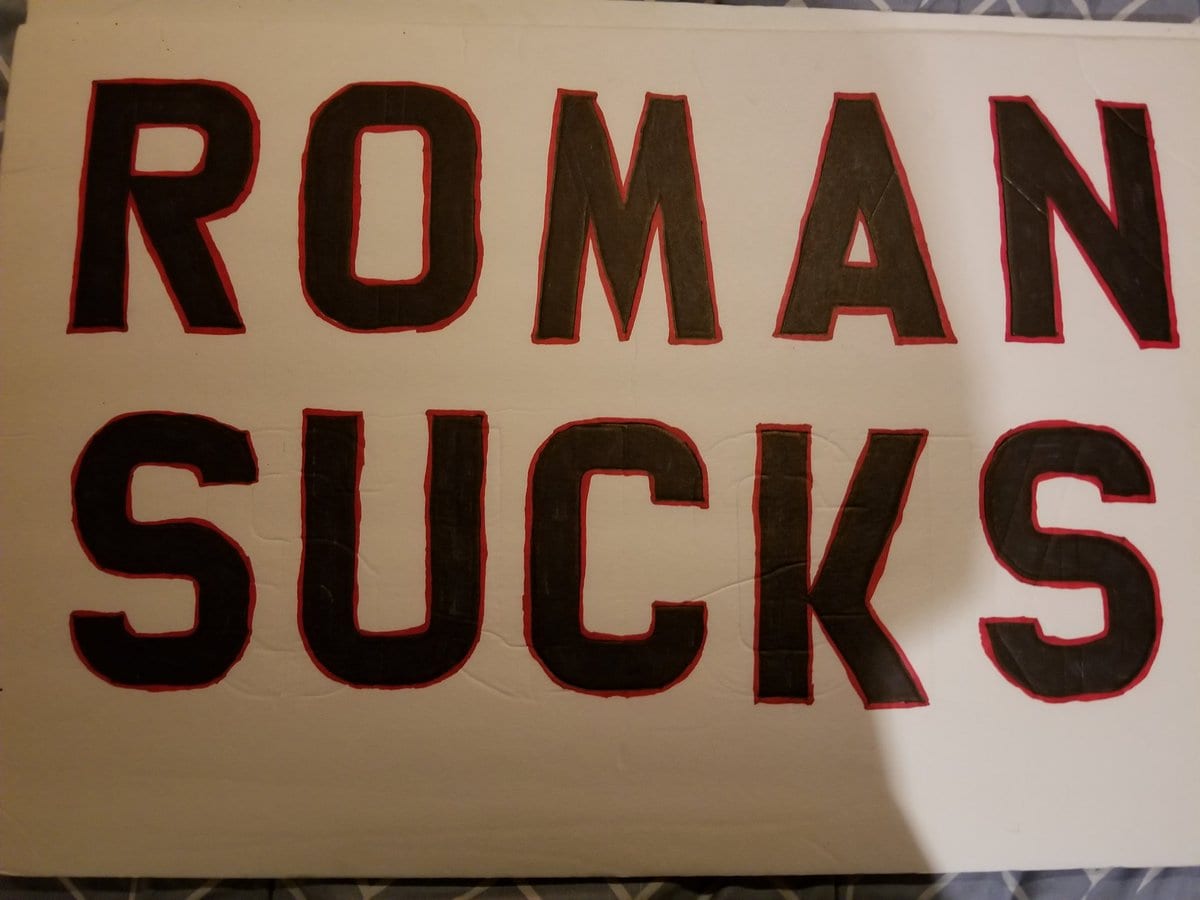 It looks like WWE really wants you to cheer for Roman Reigns and they’re not going to accept any kind of diversion to this way of thinking, even when it comes to fan signs in the crowd.

Of course, they can always elect to just not put a sign they want on camera, but it’s so much easier to just confiscate it instead. One brave fan who attended this week’s Raw in Denver obviously learned this lesson the hard way.

A fan named Dominick tried to bring in a sign that said, “Roman Reigns sucks” but he didn’t get too far with it. Apparently, security took his sign. He said WWE staff took the sign and whether it was a direct employee of WWE or not is another question. The fact is that there is a mandate in order to not let signs like this in there.

So if you’re wanting a thrill at the next WWE television taping you plan on attending, bring an anti-Roman Reigns sign and test your luck. Because it obviously didn’t work out too well for Dominick.