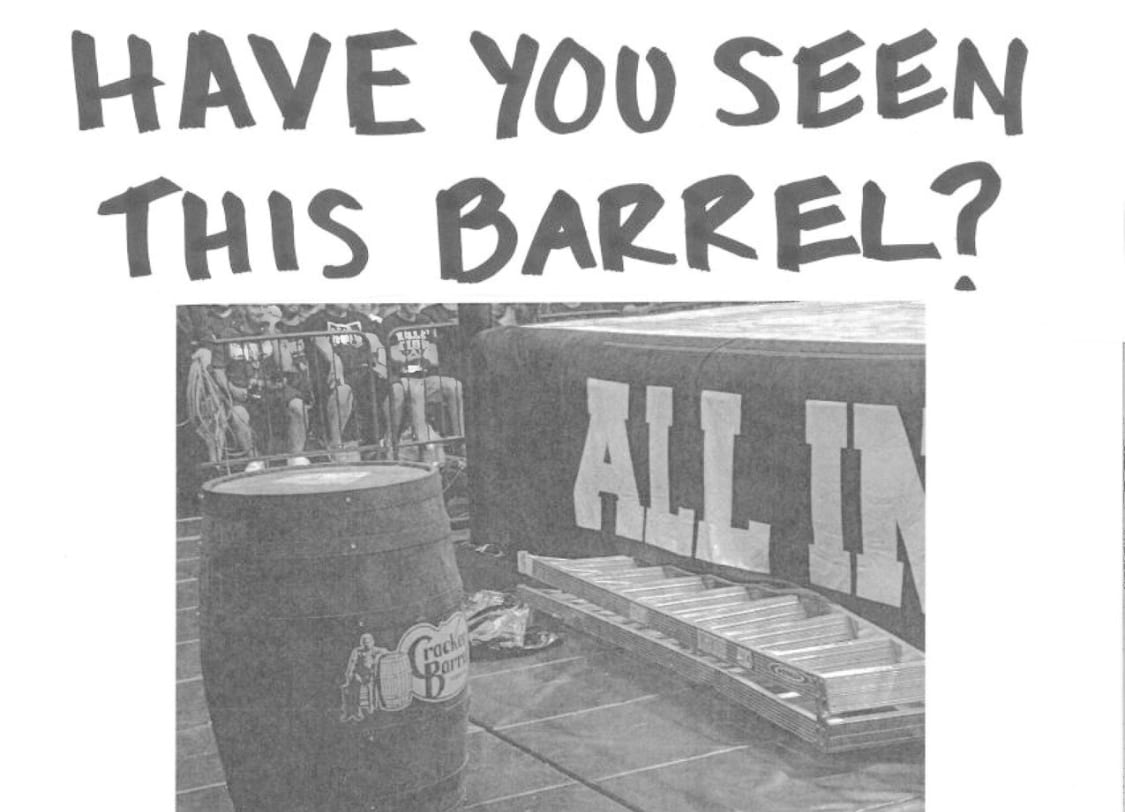 It looks like All In is going to be something that people keep talking about for a long time. Even if they don’t do a second event, the first show in Chicago was a great night worthy of permanently carrying with you forever.

During Hangman Page’s battle against Joey Janela, their Chicago Street Fight consisted of a very interesting foreign object. Cracker Barrel was a sponsor for the show and catered the event for those wrestlers who were at the show. But apparently, they didn’t get their barrel back.

The barrel was used during All In to perform a stunt straight out of the game Donkey Kong, but now it resides at Matt Jackson’s residence, apparently next to 2 Cracker Barrel rocking chairs as well. Who knew they actually sold those rocking chairs outside their restaurant?

A short time later, the official Cracker Barrel account on Twitter sent out this little missing barrel poster. So far, I don’t think anyone has ratted on Matt just yet. After all, his Cracker Barrel looks safe and sound.

We’re really missing barrel No. 427 (it was our favorite). Last seen at #ALLIN. If you hear of anything, please let us know. pic.twitter.com/5pCV98i9QQ