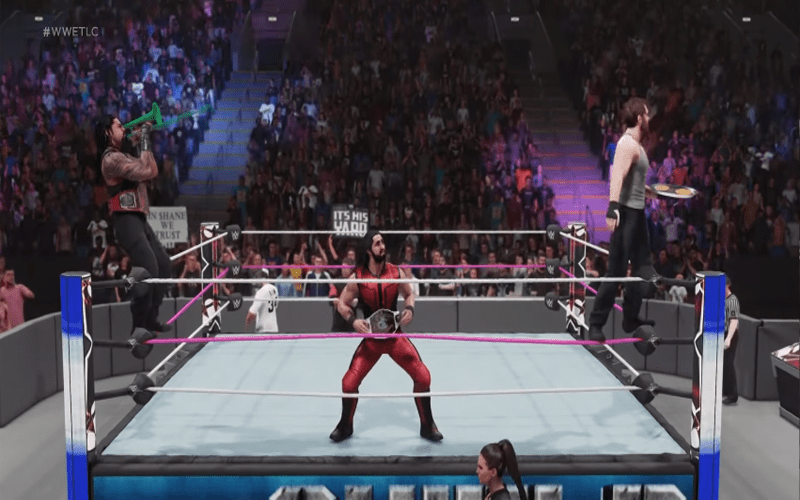 WWE 2K19 is scheduled to be released on Xbox One, PlayStation 4 and PC on October 9, with players who purchase the special editions of the game eligible to play four days earlier. As the day draws closer, WWE 2K19 producer Mark Little spoke with Gadgets 360 to comment on the evolution of the WWE 2K games.

Little first explained the production process 2K went through for the previous game, WWE 2K18. According to Little, they were unable to do everything they wanted to as they were working on a large overhaul of their rendering engine.

“We can’t rewrite everything in one year. We do as much as we can and the next year we keep improving on it. Last year we did a very large overhaul to the rendering engine and used some new techniques. While the visual results were great, the performance wasn’t where we wanted it to be.”

According to Little, one of the major focuses for this game was to create a way to help users get back into the momentum of the match- which Little believes wasn’t an easy feat.

“One of the challenges we put to our design team was to come up with a gameplay system that will allow users new to the game to get back into the momentum of a match. And on top of that, we wanted the system to provide a secondary strategy element for experienced gamers.”

For those wondering how 2K managed to add the “Blocky” character resembling a Minecraft character, Little explained how that came about and why it made it into the game.

“That literally came out of us wondering what would happen if we did this. We tried it, found it hysterical, and decided to make it a feature now.”

Finally, Little comments on the possibility of cross-platform play between Sony and Microsoft. According to the producer, it is a matter of the two companies meeting to allow game developers the ability to have their players compete with one another.

“I have those conversations with Sony and Microsoft on an annual basis. The reality is that most of it is us waiting for them to arrange and clarify how that could work and what the rules around that would be, once we can get past that level with them, then we’ll able to start looking into it more seriously.”

What feature in WWE 2K19 most interests you? Are you purchasing the game? Let us know in those comments below.