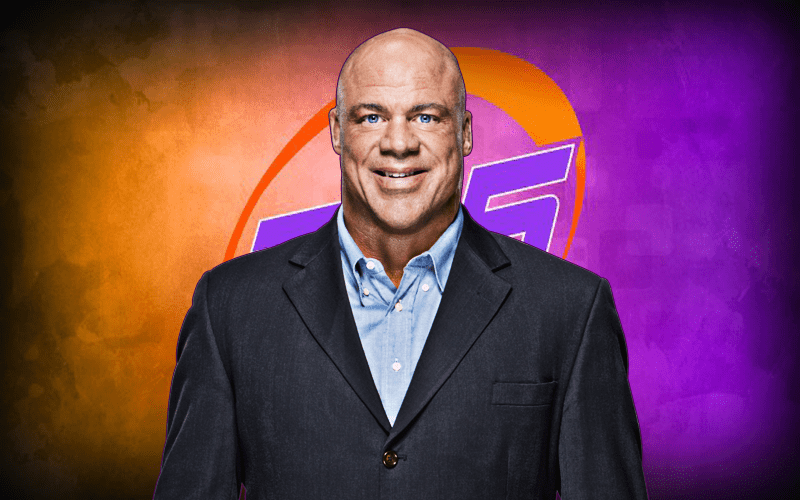 While RAW General Manager Kurt Angle may be on ‘vacation,’ he still has access to his phone and social media. Angle took to his Facebook account to hold a Q&A, where he answered a question regarding the Superstars on 205 Live.

A fan by the name of Marcus asked Angle what he thinks WWE could do to integrate the Cruiserweights of 205 Live into RAW and possibly SmackDown Live shows a little more to add some further diversity into the product.

Angle had an interesting response. The General Manager has the idea that the company could highlight a specific Cruiserweight every month on RAW and SmackDown Live. This would be to see how fans perceive the new talent. If they have positive reactions to the talent, they could enter ‘Superstar mode.’

“Yes. I think we should highlight each one for a month. So every month, have a different 205 Superstar wrestle the top Heavyweights on RAW and SmackDown. See which one the fans really get behind and push that wrestler into Superstar mode. Then you have the next Rey Mysterio. It’s worth a shot, you never know. Just an idea.”

This all comes after both Drake Maverick and Lio Rush were added to the RAW roster as managers for AOP and Bobby Lashley respectively. Superstars like Buddy Murphy, Kalisto, Mustafa Ali, Cedric Alexander, Hideo Itami, and others would have the chance to showcase themselves on the various brands if Angle’s idea was brought to fruition.

Would this be something you’d like to see? Which Cruiserweights would you want to see on RAW and SmackDown Live the most? Let us know in the comments below.