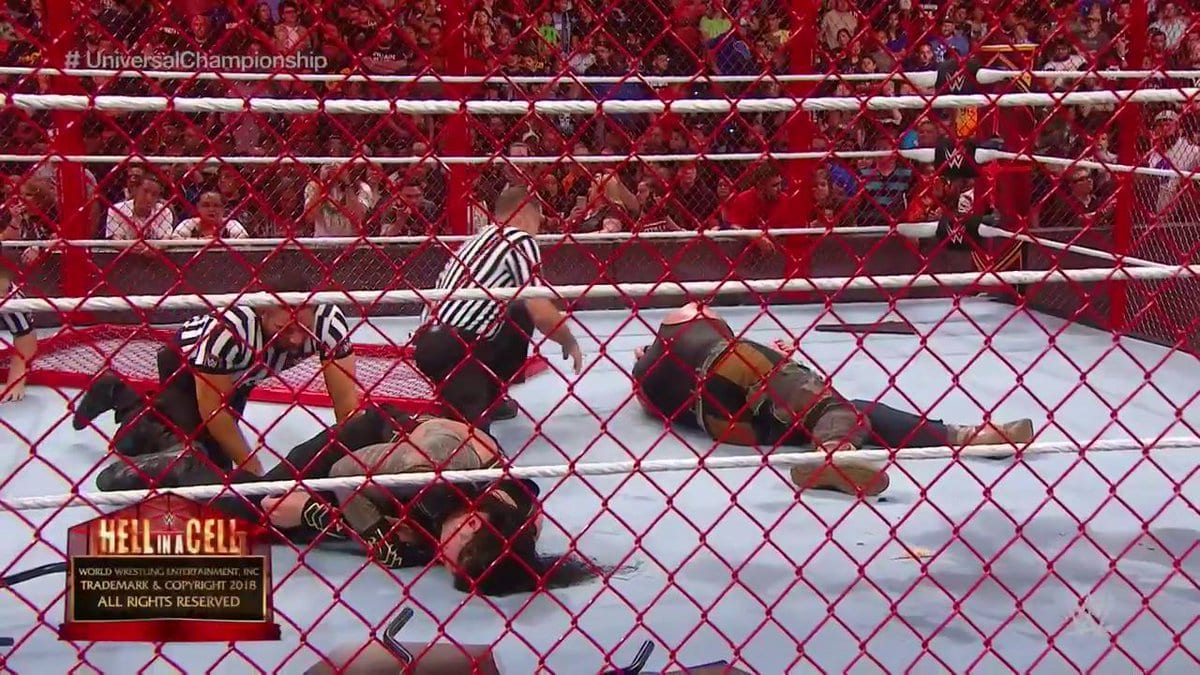 Braun Strowman is a huge Superstar both in size and potential. He is in the main event for a reason and the 35-year-old monster could have a very long career with WWE in his future.

Since the plans were in place for Brock Lesnar to kick the door in on the Hell In A Cell and invade the match, WWE had to figure out some way to book the match to not only a return for the Beast Incarnate but also save Strowman from suffering another clean loss.

Dave Meltzer briefly discussed this during Wrestling Observer Radio as he explained why WWE decided to go this way even though the crowd wasn’t happy about it at all.

“The fans live were really upset with that finish. But what were they going to do? The only other finish was beating Strowman. I guess this eliminates the [MITB] briefcase, it has to.”

Only time will tell what is in the future for Braun Strowman’s chase for the Universal Title, but he will have Brock Lesnar to deal with right now. But at least he didn’t suffer a loss at Hell In A Cell to kill his momentum even though leaving the pay-per-view with him laying on the mat as a broken mess thanks to Brock Lesnar might not have helped things for Braun.