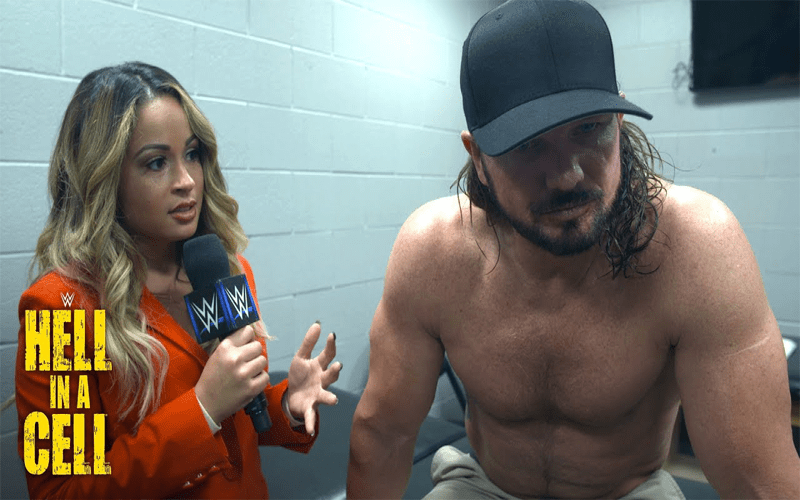 AJ Styles was victorious against Samoa Joe last night at WWE Hell in a Cell. Of course, this wasn’t without controversy. Styles tapped out during the count, but the referee wasn’t in the correct position to see Styles tapping as he did so.

As we saw before the main event in the evening, Paige confirmed to Joe that he would face Styles again in a match for the WWE Championship. This time around, things would be different. This match is now scheduled to take place at WWE Super Show-Down in Australia in three weeks time.

Styles was interviewed by Kayla Braxton in a video that was eventually uploaded on the WWE YouTube channel. Styles had the following comments on the matter, first speaking about the issue of tapping out and then about how he is feeling:

“What is the outcome, right? Instead, I’m still the Champion. That’s the outcome. How do I feel? I feel like I just went to war. But in the end, I am still the WWE Champion.

“So what? No count outs, no submissions, anything goes, that kinda deal? There has to be a clear winner? Good! I like that.”

You can see the video itself below:

What was your favorite match at Hell in a Cell? Did you enjoy Styles vs. Joe? Let us know in the comments below.