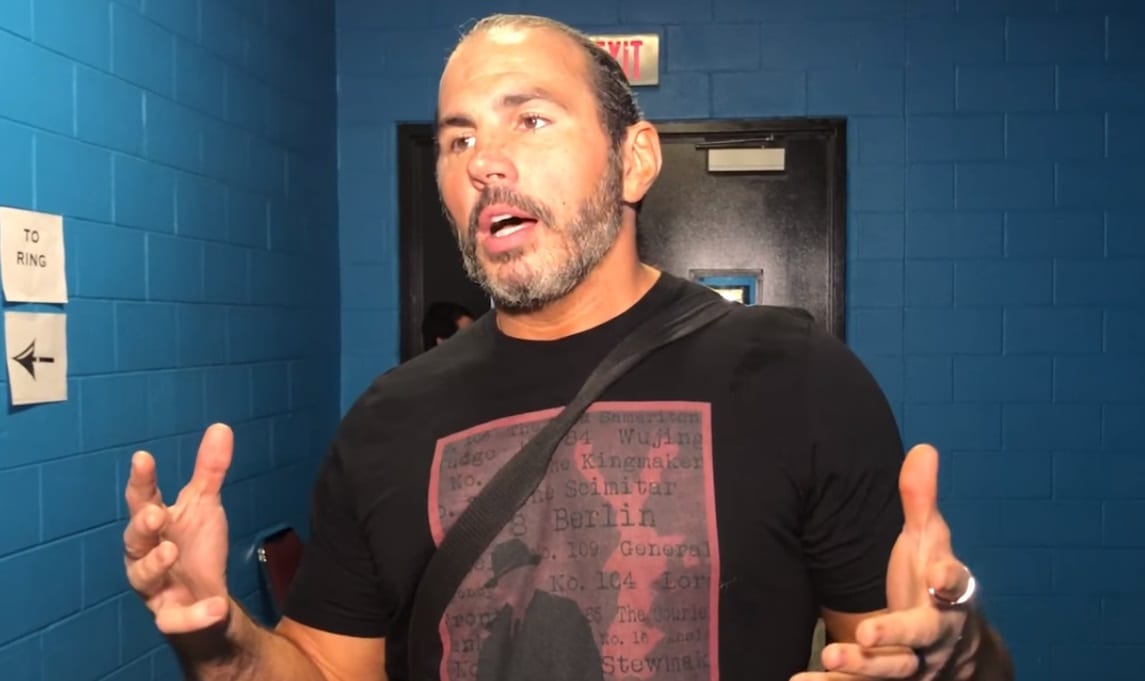 It’s been a long time coming for a living legend named Matt Hardy. He has taken on plenty of different gimmicks in his shoo-in WWE Hall Of Fame career, but now he wants to be known primarily as a husband and father.

He wrestled his last commitment for a WWE Live Event in Corpus Christi Texas on Saturday night and urged fans to follow the buzzards as they support his compadre, Bray Wyatt. We might not get another Deletion match in WWE with Matt Hardy, but he will be backstage in a producing capacity.

“I just want to take a moment and address the WWE Universe. All of the Woken Warriors, all of the Hardy Boyz fans, all of the Mattitude fans all of you who allowed me to live my dream for so many years […] I got to do it at the highest level for 26 years.”

“I’ll never forget the reaction the WWE Universe gave me at WrestleMania 33 with my return it was truly one of the greatest moments of my career. WrestleMania 34 really was a great moment for me in the Andre The Giant Battle Royal. And I got to bring my creation, The Ultimate Deletion to Raw and main event. A lot of cool stuff I’ve got to do.”

“I never say never, or as Woken Hardy would say: ‘NEVAH SAY NEVAH!’ But tonight in Corpus Christi will likely be the last time you’ll see Woken Matt Hardy in a WWE ring.”

Then Hardy left with his suitcase rolling behind him as simple as that. Only time will tell if this is a brilliant storyline, but it seems all too real and we have kind of been expecting this for a while now.

[EXCLUSIVE VIDEO] It's time for me to go home.. To be a father and a husband. I did so much more than I ever imagined I would do in this industry. Thanks for making this incredible journey with me, ladies and gentlemen. I love you all. https://t.co/xGbm8bKSQD