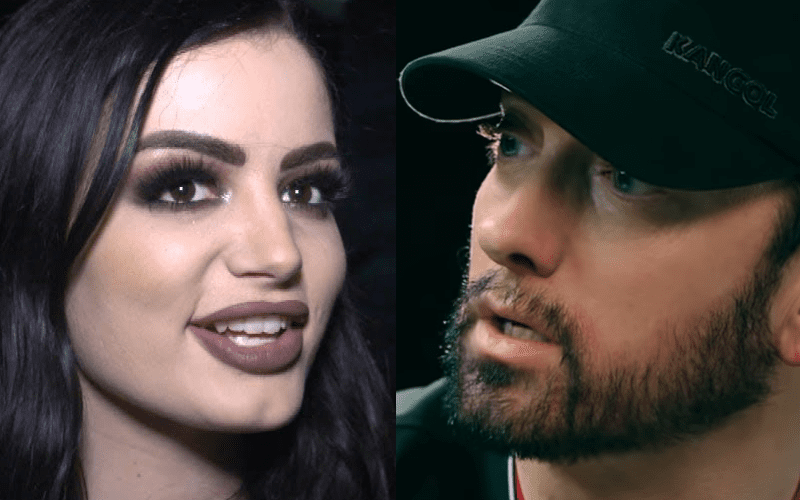 If you’re following Eminem’s current rap beef with Machine Gun Kelly, then you’re also aware that it goes way beyond just what MGK. Eminem’s recent Killshot response to the beef was pretty incredible and the lyrics were pretty unmistakable as classic Marshall Mathers.

It seems that Paige is obviously following along with this most recent rap beef as well. She really enjoyed the Kamakazee record and was tweeting about it after the album’s release. Now she’s commenting on Killshot as well.

While quoting a line from the song, Paige called it “savage” and used an emoji to show the love she has for Slim Shady’s statements. Only time will tell if Eminem will slide a reference to the SmackDown GM into his next track, but he shouldn’t have any issues with Paige because she is obviously on his side.

“This is it, as big as you're gonna get, so enjoy it
Had to give you a career to destroy it” savage 😍. #Killshot @Eminem