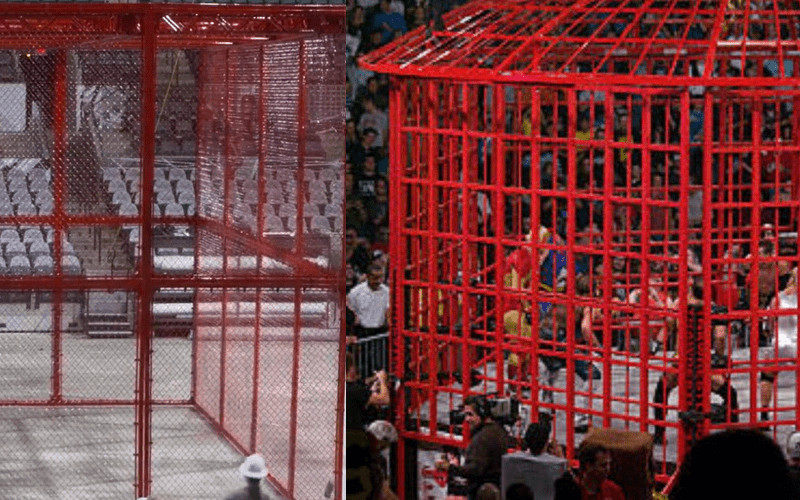 As noted earlier today, WWE revealed the new look for the Hell in a Cell that got many people talking online, including rival professional wrestling company, Impact Wrestling.

Impact Wrestling’s Global Force Network twitter account pointed out how the new red look with a ceiling on top is very similar to the one that they use previously.

A red steel cage with a ceiling? Sounds familiar. pic.twitter.com/CktRRlP3Mg