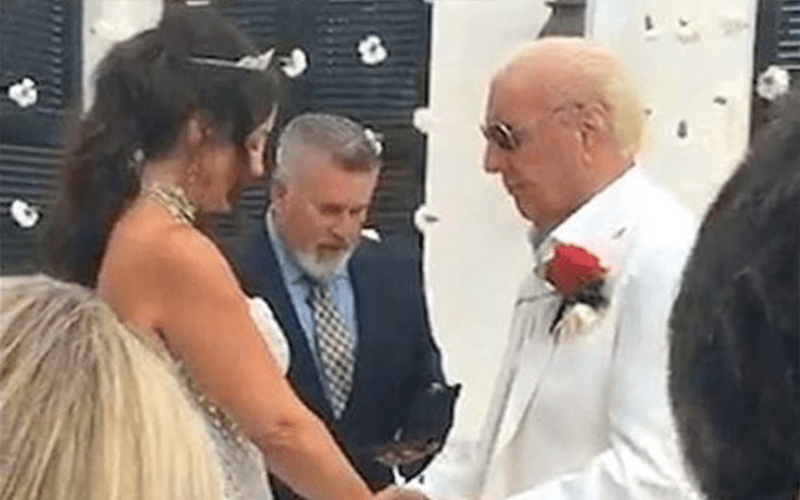 As previously reported, TMZ picked up on a story that Ric Flair was married for the fifth time this week to longtime fiancee Wendy Barlow at a ceremony in North Florida on Wednesday.

In an update, Dave Meltzer reported on the latest installment of Wrestling Observer Radio that two weren’t actually married. Instead of the event being a marriage ceremony, it was a commitment ceremony.

Photos from the ceremony have been published at this link.

Speaking of the ceremony, Ric sent out the below tweet.