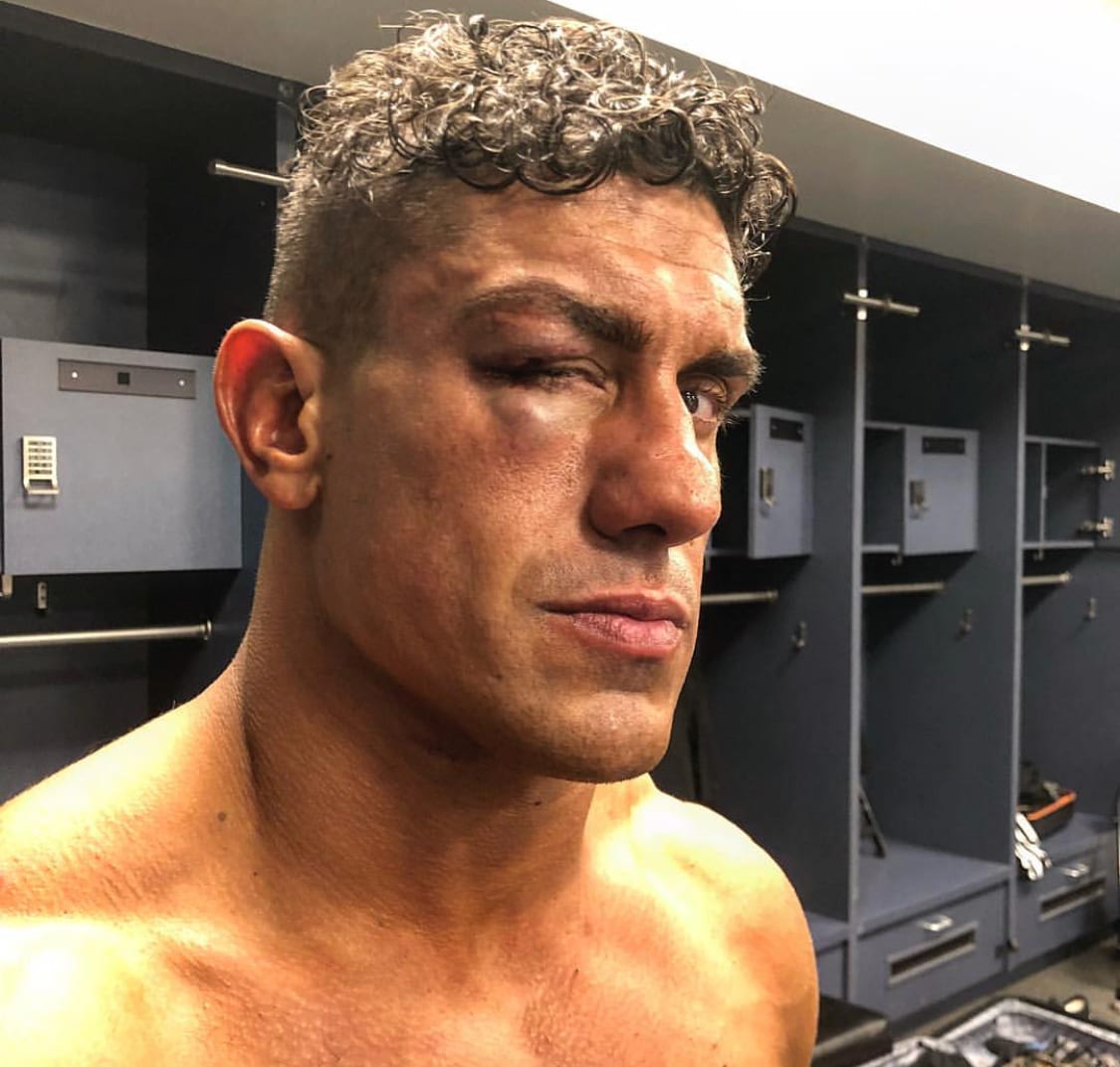 The Velveteen Dream and EC3 laid it all out on the line during NXT Takeover: Brooklyn IV and when all was said and done, Dream won the match but he still hasn’t gotten a call from Vince McMahon regardless of what his tights said.

But during their encounter in Brooklyn, EC3 suffered a pretty bad injury when his face took a stiff shot or 3 and it was reported he could have a concussion. Now it looks like we’re still waiting for him to be medically cleared as Mike Johnson confirmed during PW Insider Elite audio that the former TNA World Champion is still on the injured list at the WWE Performance Center.

“EC3 as of today has not been cleared to return to action. So it just shows you how badly banged up he was because it’s been 3 or 4 weeks now since that show. So he’s still hurting.”

Only time will tell when we’ll see EC3 back in the ring, but they’re playing it off in the storyline like Lars Sullivan had a hand in his absence although in reality they real culprit is the Velveteen Dream.

If you use our quotes credit RingsideNews