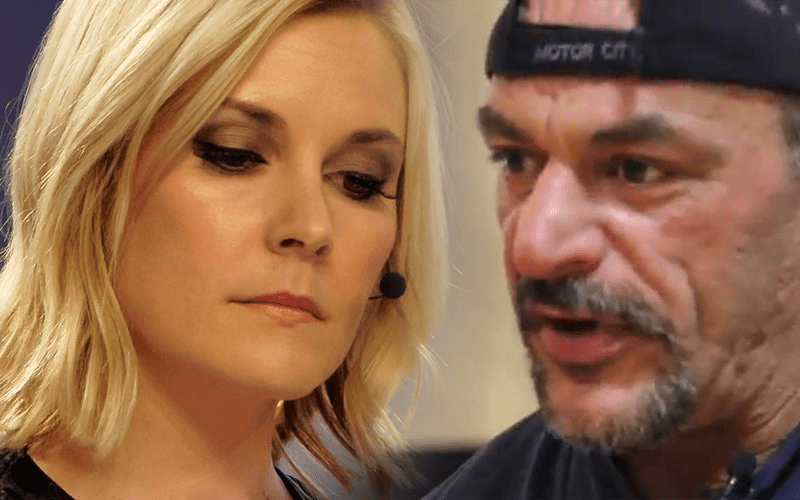 Sabu is a veteran of the wrestling industry. Throughout his career, he has become one of the most prominent figures in wrestling history. In ECW alone, Sabu is a multi-time Champion, which includes two reigns with the ECW World Heavyweight Championship.

Sadly, it appears the 53-year-old wrestler has been involved in a number of controversies over the past year in regards to his behavior on social media. The latest incident is based around Renee Young being promoted to a full-time member of the RAW announce team alongside Corey Graves and Michael Cole.

Sabu tweeted the following remarks but later deleted the tweet.

This comment is both sexist and homophobic. As anyone familiar with social media could tell, Sabu wasn’t exactly in the good books from the majority of the wrestling fanbase on Twitter.

Sucks seeing somebody I thought was cool in my youth turn out to be a giant hate filled p.o.s. Be better at life sir. I too was once a hate filled p.o.s. I successfully alienated myself from all my friends. Thankfully I woke up and changed. Nobody wants to remember you like this.

Wtf is Wrong with you!? Someone is bitter…. and this is why you are where you are bruh….

@ReneeYoungWWE has worked very hard and deserves this new position. Your homophobic and derogatory comments towards her are un called for and unneccesary

It remains to be seen whether the wrestling icon will issue an apology for his actions or delete the tweet in question, but it is safe to say he has offended a lot of people.

What are your thoughts on this? Let us know your reactions using the new reaction system below.