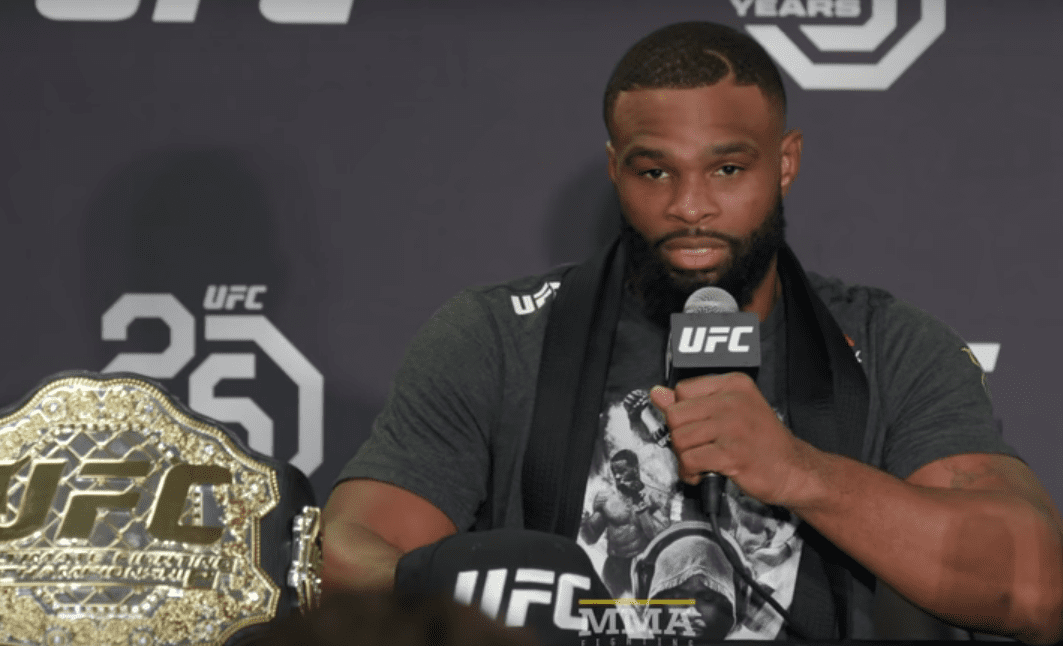 The Chosen One is still on cloud nine after his dominant victory on Saturday night over Darren Till, despite being the betting odds underdog. Since UFC 228’s departure, President Dana White claimed that Colby Covington would be next in line to face Woodley for the welterweight championship. Covington himself added flair to the possible bout by calling out Tyron on Twitter, and by trash-talking the man he destroyed in the octagon, Darren Till.

Now, the champion tells MMA Fighting that he’s not to pleased with Covington getting the next opportunity, but that he’s willing to give him a beating if the bout is set.

I’m not saying I am gonna fight him, because I don’t feel like he deserves my platform right now. He had his chance to be here. He bitched out, if you want to be honest and frank. He talked all this crap and when he got in the hot seat, the second he won that belt, I said, ‘Let’s come get this smoke.’ He got quiet. Instagram accounts got taken down for a brief moment and he didn’t say nothing. I think it’s an embarrassment to the sport and if that’s the next person that’s gotta get the work, you don’t have to do much to get me up for that fight. We’ll see.

T-Wood then reminds the fight fans that UFC 230 is still without a main event, and he’s just the man to headline again.

The more I fight, the better I get. And the most comfortable I get, the more confident I get. So I want to stay as active as possible. If November is a date they’re looking for a main event, I think they got their guy.

What do you think RingSide? Excited about a Covington/Woodley showdown?