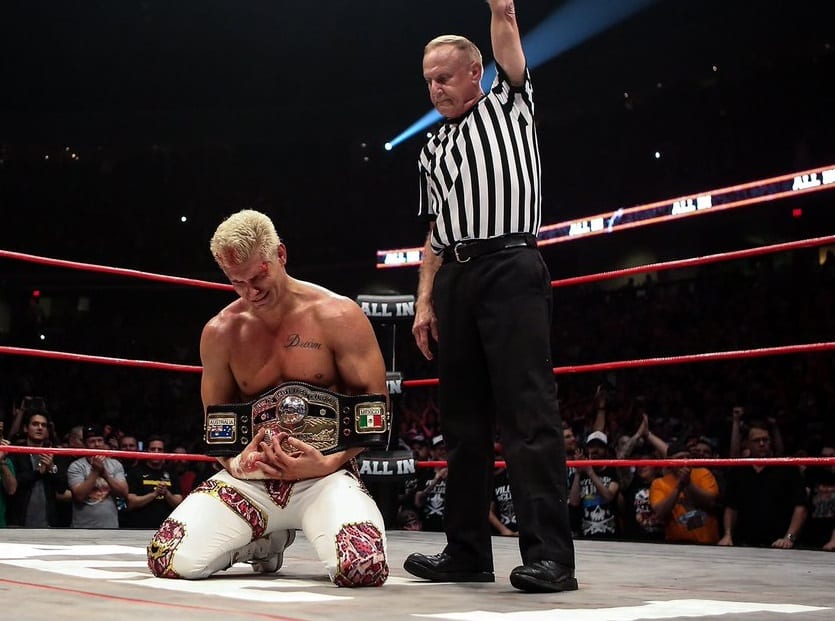 Cody [Rhodes] made history at ALL IN on September 1 when he defeated Nick Aldis to capture the NWA World Heavyweight Championship in a match that has been celebrated over the wrestling world since.

Following the announcement, Cody has now revealed that his first appearance as the new NWA Champion will be for Championship Wrestling for Hollywood. The former Champion in Aldis notably stopped by that promotion and fought James Ellsworth during his title reign.

Cody will appear at the Oceanview Pavilion on Sunday, September 16 for the match, which is booked in unison between the NWA, Championship Wrestling for Hollywood and ROH. That is this Sunday. The former WWE Superstar will also be available for $20 photo opportunities.

You can find the announcement of the first NWA booking below:

Also wanted to share I’ve agreed to my first @nwa booking THIS SUNDAY at @CWFHollywood pic.twitter.com/ELy4T2qm4C

At this time, no challenger has specifically been named as Cody’s opponent, though Ringside News will provide you with an update on the details of that match once more information is revealed.

Did you enjoy ALL IN? Who do you want to see Cody face with his NWA World Heavyweight Championship on the line? Let us know in the comments below.