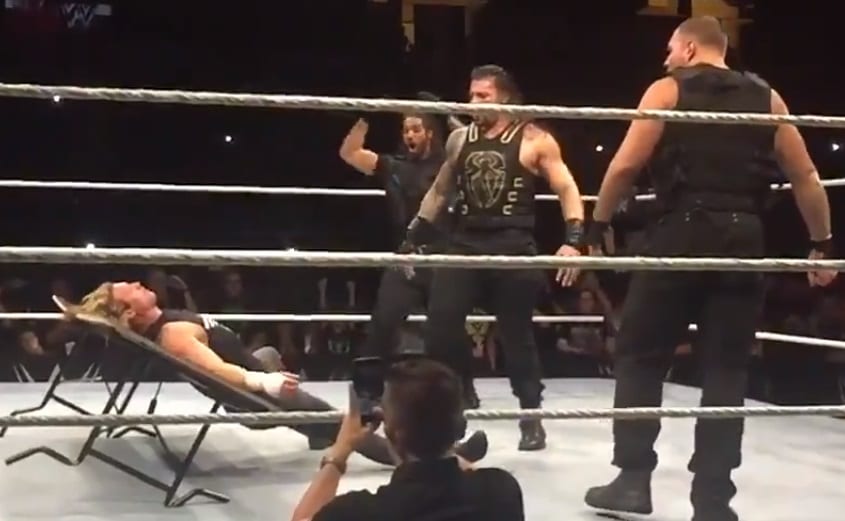 The Shield is known for many things including their triple powerbomb. It has become a signature of their and they love to put an opponent through a table. But when The Hounds Of Justice rolled through Birmingham Alabama, things didn’t go as planned.

It seems their target was Doph Ziggler and everything was looking good for them. The crowd was behind them and rallying as they prepared for the spot, but the table just wasn’t ready.

In a spot that might make Botchamania, the table just bent and buckles before Ziggler went sliding off. The crowd chanted “one more time” but it doesn’t look like The Hounds Of Justice delivered.

Here’s a slow-motion version of it too. After all, it was a pretty epic example of a table just refusing to break.