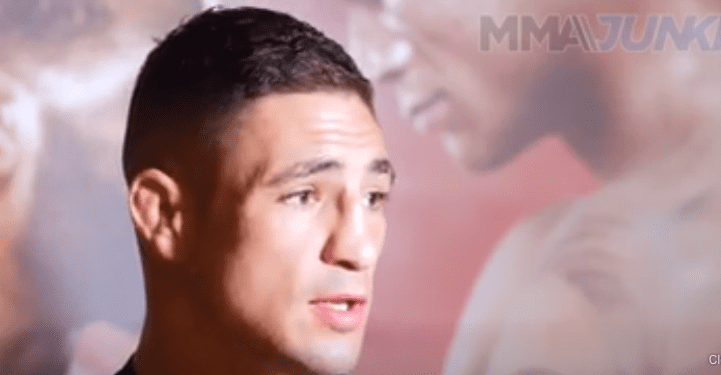 In a recent interview with MMA Junkie, the Lionheart Diego Sanchez lashes out against his online critics calling for him to retire. The 36-year old refuses to let the keyboard warriors effect his confidence.

I don’t care what the keyboard warriors of the world have to say,” Sanchez. Oh, he’s punch drunk and he’s brain dead and please retire.’ They say, ‘Please retire, Diego. Please retire.’ Because they want me to be average like them. They want me to fall into that textbook of normal, normalcy. That’s not me. I am the anomaly to that textbook. I am the way, way way, outside the box weird guy that’s freakin’ like an alien. ‘This guy’s an alien, he’s like The Iceman Wim Hof. At 52 years old running marathons in the desert without a drip of water. Breaking Guinness World Records.’ That’s the type of mindset that I’m on. I’m tapping into my primitive brain. I’m on some next-level mind, body, spirit.

Sanchez prepares to face Craig White on the preliminaries of tonight’s UFC 228, and has previously stated that he believes this comeback will kickstart his final title run for the UFC. He’s lost two out of his last three fights including a first round defeat by knockout to Matt Brown.

Time will tell if Sanchez is just talking the talk…or if he’s prepared to walk the walk.