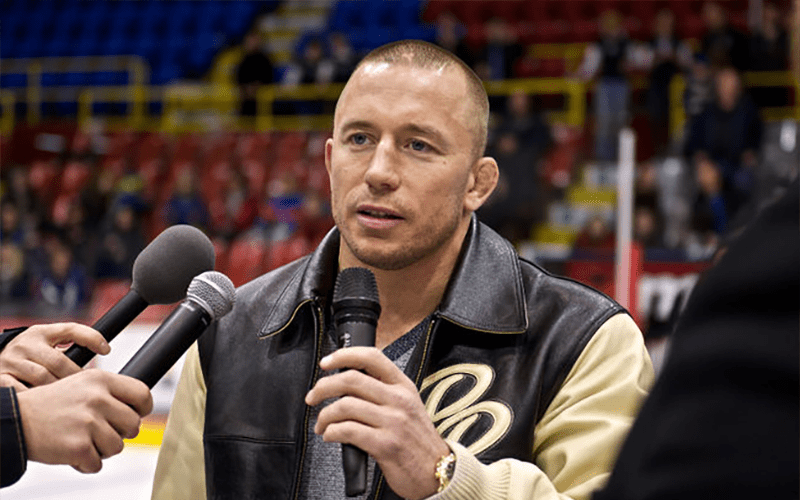 The former UFC welterweight and middleweight champion spoke with Canoe.com to address his future as an MMA fighter. GSP hasn’t been seen in the octagon since he returned from a four-year hiatus to defeat Michael Bisping by submission at UFC 217, but would depart the company a month later and forfeit his newly won title due to ulcerative colitis. Pierre was making headlines when it was reported that he was interested in facing the winner of Conor McGregor and Khabib Nurmagomedov after their clash next month in Vegas. However, Dana White shot down those rumors, and clarified that Pierre may never fight in UFC again.

Now GSP responds by saying that he never asked for that fight, and admits he isn’t that interested in fighting right now anyway.

I didn’t say I was going to do it. People headlined me the wrong way, to sell articles. That’s the society we live in. I don’t want to sign a contract for a fight right now. I don’t want to say I’m going to commit to something. The minute I do it, the mental warfare starts.