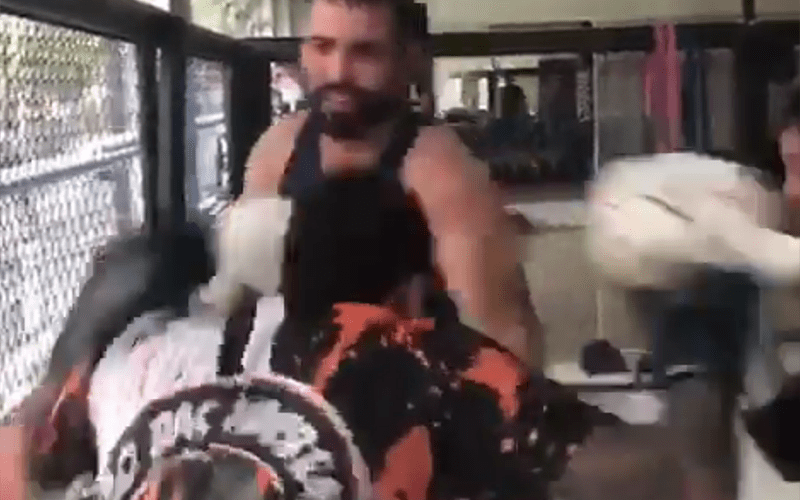 In less than three weeks 28-year old Charles Oliveira will clash with “The Spartan” Christos Giagos at UFC’s Fight Night event in Sao Paulo, Brazil. The Brazilian born Oliveria is coming off a Performance of the Night badge at UFC 225 when he submitted Clay Guida with a rear-naked choke in Chicago. To better prepare for Giagos, “Do Bronx” released a video of him sparring with two fighters at once, and even made a claim to MMA Fighting that he could fight two men at once inside the octagon.

We’re always putting ourselves in bad situations so we can put on great fights. If I can do well with someone in my back or brawling two guys at the same time, imagine when it’s only one.

Check out the video below thanks to Oliveira’s Instagram.