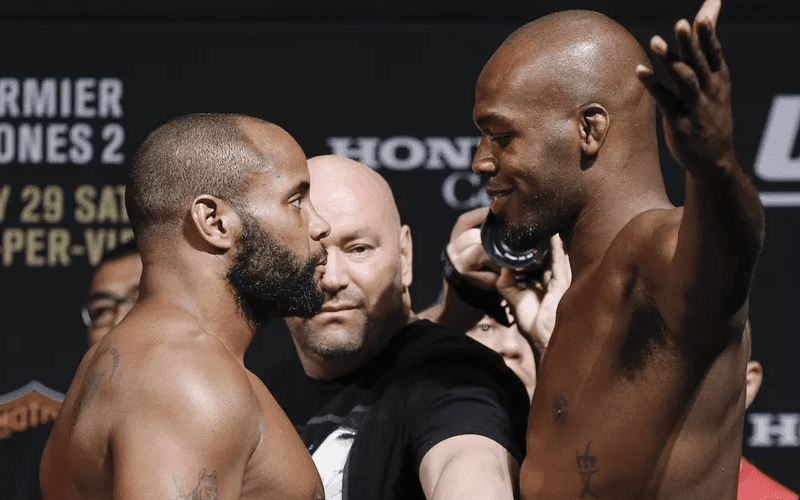 However, Jones is currently awaiting his official USADA hearing and subsequent suspension after failing a drug test related to his UFC 214 fight against Daniel Cormier. Jones had initially won that fight after knocking out Cormier in round 3, but the result was later turned into no contest after it was outed that he tested positive for extremely trace amounts of turinabol in the lead up to the event.

Cormier was only too keen to remind Jones of that in his reply to the interview.

Big goals for a guy that could only achieve them after he finishes getting disciplined for his 3rd drug failure! I mean jeez this guy #Cheater https://t.co/Kfuki7qRCM

Jones had earlier been suspended in the lead up to UFC 200 – also when he was scheduled to fight Daniel Cormier – after ingesting a banned substance from a tainted sex enhancement pill. He was given a one year ban for negligence.