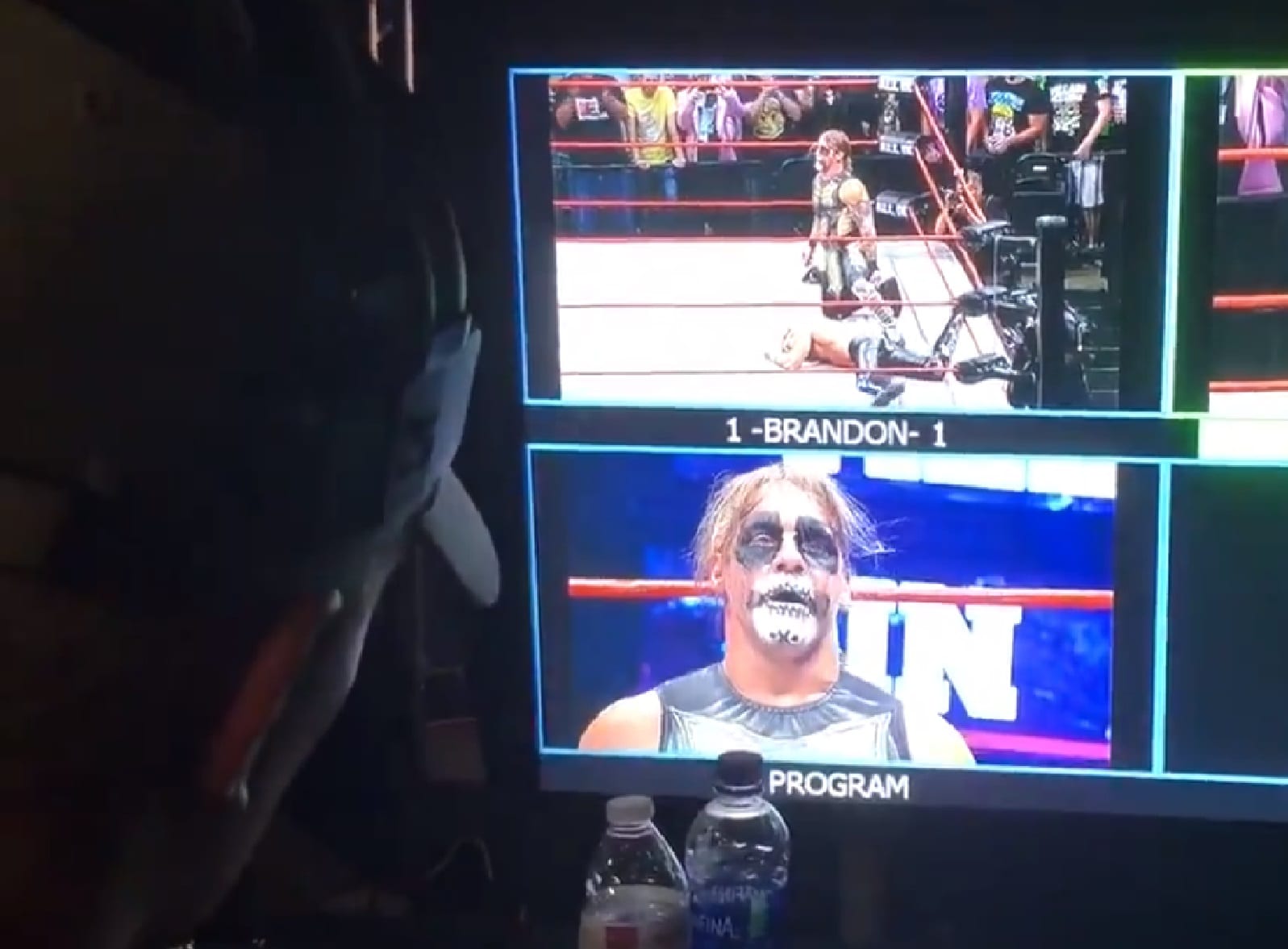 Cody Rhodes wore many hats during All In. Not only did he have a huge match against Nick Aldis for the NWA World Heavyweight Title, but the entire event was his and The Young Bucks to set up and pull off.

As soon as Cody got backstage after his title win, he washed the blood off his face and sat in the director’s chair where he orchestrated the rest of the event on screen.

Hot Topic was able to gain some great access to the production truck and as you can see, Cody is a natural… at directing.

After having a grueling match, he’s still DOING THE WORK and running his show @CodyRhodes #ALLIN #DOTHEWORK pic.twitter.com/cXrgMQGiS8