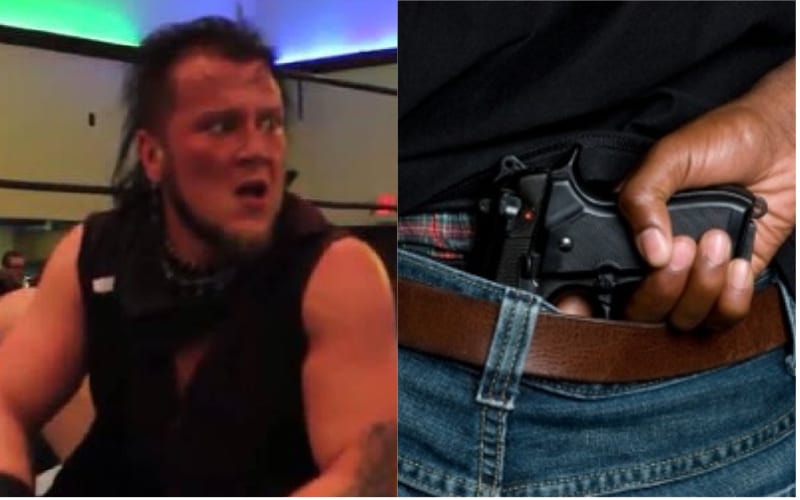 Sami Callihan worked an AAW show during All In weekend and his hardcore match against Jimmy Havoc did not turn out well.

They fought in the crowd and Sami started smashing chairs. A loud voice came out over the PA telling Sami to stop breaking chairs but this didn’t make Callihan slow down. The match eventually returned to the ring, but security got involved with Sami during the aftermath that was a result from Sami striking a security guard who was trying to save the venue’s furniture and in the process, a gun might have been in play.

Bryan Alvarez retold what he heard happened during Wrestling Observer Radio because both he and Dave Meltzer were there and got to the building during this match.

“I don’t want to get in trouble for this so this is just what I heard he flashed [his gun] meaning he didn’t take it out, but his hand was like, ‘I got a f*cking gun right here you better calm down.’ And then Sami was told to leave.”

This is not what you want to happen at a pro wrestling show because no matter what happens in the ring, there’s no working a gun shot.