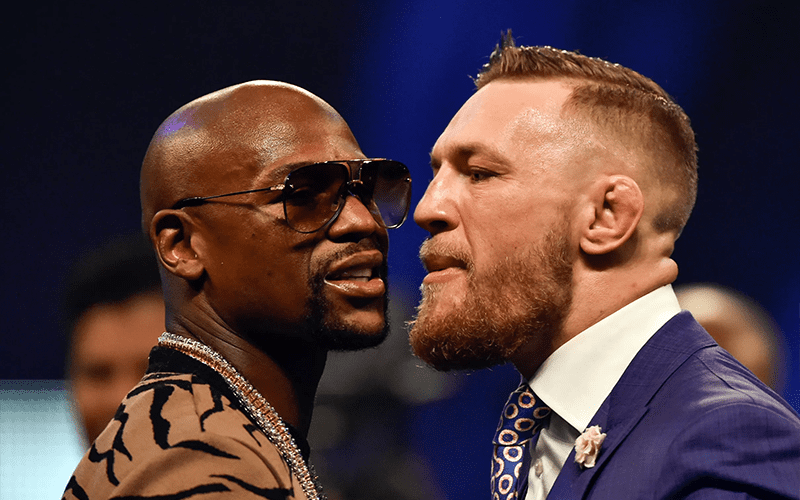 In a continuation of their social media beef, which was rekindled one year on from their boxing super fight, Floyd Mayweather posted a picture of him hitting Conor McGregor and urged the people following him to come up with as many creative captions to it as possible and tag him.

It does seem like a novel idea, except that Floyd posted it on a Thursday, meaning that most of the reactions seem to focus on the boxing great getting the date wrong rather than actually obliging him and giving legs to the troll post.

In any case, in this climate where they’re shooting barbs back and forth, one can only hope that McGregor’s unwavering attention is on his upcoming fight with the undefeated Khabib Nurmagomedov on October 6th in Las Vegas.