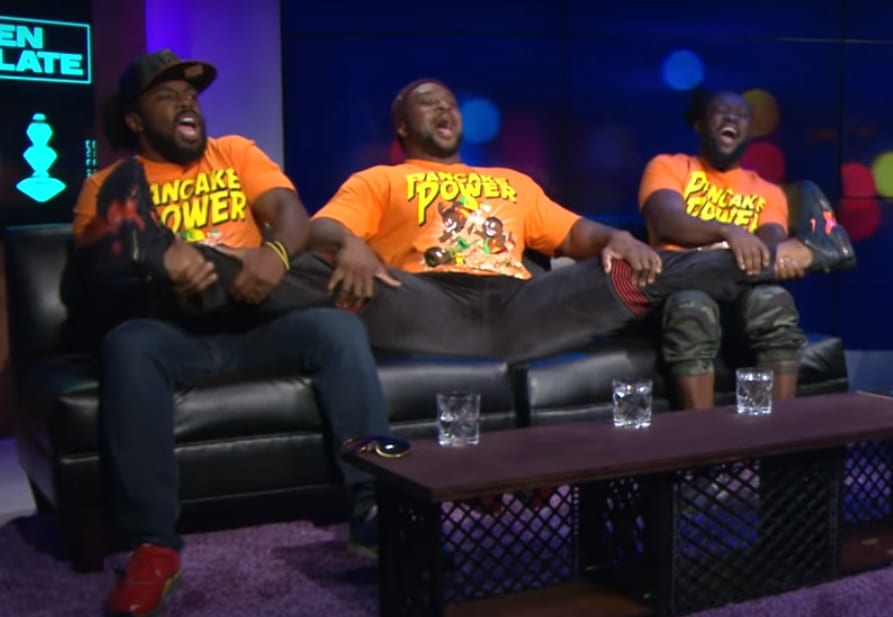 The New Day recently invaded Open Late with Peter Rosenberg and they discussed a time in their careers where they weren’t as confident. After all, when they first debuted they weren’t the merch selling stable they are today.

Big E revealed that Big Show walked up to Kofi while he and Xavier Woods were within earshot and the Giant told Kingston to cut the rest of his faction loose.

“Big Show, so when we were trying to get off the ground, Big Show would pull Kofi aside and say, ‘What are you doing with those two? They’re bringing you down. You should be in the World Title picture. This isn’t a time where it’s like, ‘Oh Big Show, it’s all fun and games.’

“Like, we’re struggling to get on TV and we’re thinking we’re gonna get fired.”

Woods said he was just getting used to the main roster from NXT and this was kind of a bombshell.

“I had been on the road for three months doing nothing. So I had just come up from developmental like, ‘Oh everything’s shiny and new I’m so happy to be here guys!’ And then [Big Show] is just taking a dump on me to my face.”

But to Big Show’s credit, Woods had to give The Giant props because he was man enough to admit when he was wrong.

“To his credit, out of all the people who did say things to our face or said things behind our back. [Big Show] is the one person who came up and said, ‘I was completely wrong. You guys are awesome and you’re killing it and I’m glad that you didn’t listen to me.'”

It just goes to show that no matter how much experience you have in something there’s always room to learn and admit that you were wrong.