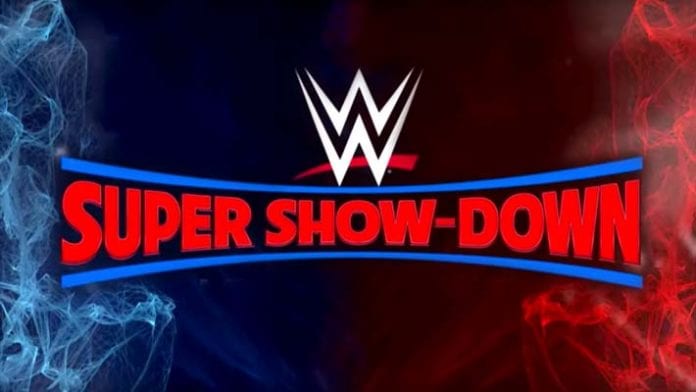 Joe Peisich from Barnburner has confirmed EXCLUSIVELY to Ringside News that the start time for the October 6th WWE Super Show-Down at the Melbourne Cricket Ground in Melbourne, Australia will have a start time in the United States of 5 AM ET on the WWE Network.

The event was originally scheduled to kick off at 6PM ET locally in Australia but it looks like WWE has moved the start time locally to 7PM, according to the official WWE website.

It still remains unknown if WWE will feature a Kickoff Pre-show for the event but we will keep you updated if we hear anything.

Below are the confirmed matches for the show:

Triple H vs. The Undertaker

The Bella Twins and RAW Women’s Champion Ronda Rousey vs. The Riott Squad