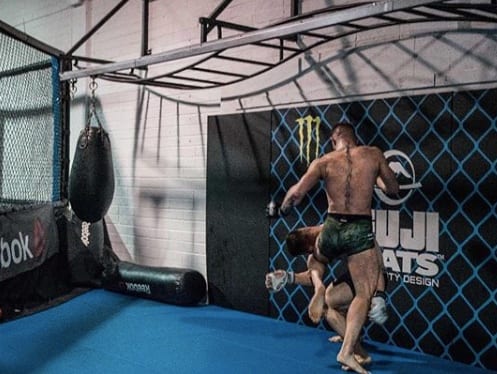 UFC star Conor McGregor has reflected on his fight with Floyd Mayweather, which took place one year ago yesterday.

The fight was largely ridiculed in the build-up for making a mockery of boxing, despite the fact that we all knew millions of people were always going to tune in to watch. It will likely go down as one of the biggest combat sports events in history, regardless of what you thought about the end product.

Mayweather wound up taking his professional record to 50-0, whereas The Notorious One was happy enough counting his millions in the aftermath of the contest. As you can see below, Conor seems ready to get back to the world of MMA on October 6th – where there aren’t quite as many ‘rules’.

At the age of 30, it seems as if Conor still has a good few years left in him when it comes to his competitive career, as he prepares to write the next chapter in his story at UFC 229. The Irishman will be challenging Khabib Nurmagomedov for the UFC Lightweight Championship, which is a title that he never lost.

The general expectation is that this fight will break all kinds of records, but it probably won’t reach the heights of the Mayweather fight. Still, it’s almost guaranteed to break 1 million buys, which seems to be the standard rate for a Conor fight in mixed martial arts.

Ironically enough the MMA/Boxing crossover test is something that may not be over just yet, with Gervonta Davis and TJ Dillashaw recently hinting at some kind of showdown.