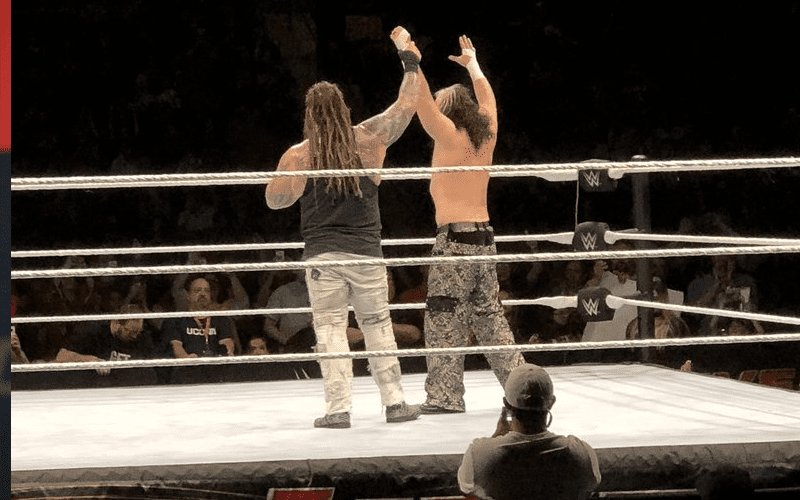 Matt Hardy put his body through a lot of damage in his career and it looks like his time in the ring is coming to an end.

Matt’s wife Reby revealed in a recent interview that Hardy’s contract will be up in March and Matt has already been participating in some backstage roles.

He’s learning the ropes as a producer backstage and says he’s having a wonderful time. But it looks like he was able to join his compadre Bray Wyatt in the ring one last time.

Hardy commented to thank to live crowd and everyone involved for giving him a “wonderful and heartwarming” send off. Only time will tell if Matt has one more run in him, but if WWE offers him a position backstage it might be hard to turn down.

Thank you for a WONDERFUL & HEARTWARMING send off tonight, #WWERochester. I appreciate you. https://t.co/atr7w3TCWa