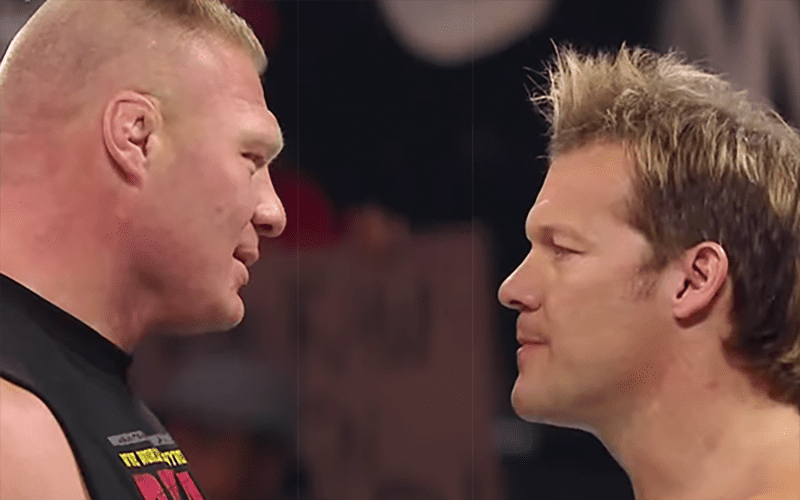 Chris Jericho is enjoying life as IWGP IC Champion, touring with Fozzy, and pretty much just being awesome at everything he does in life.

Y2J recently appeared on Wrestling Observer Radio where he talked about his schedule and working for other companies in the United States other than WWE. He also compared himself to Brock Lesnar in the process saying his name is just as valuable as The Beast Incarnate.

“Brock Lesnar, I mean that guy’s so smart you know like he plays it to go to UFC whenever his deal is up and UFC needs him and Vince feels like he needs him so the offers just go through the roof.”

“Well, who’s to say that I’m not just as valuable as Brock Lesnar is in 2018 in wrestling? I mean Brock’s matches aren’t exactly 5-star classics. You know what he’s doing when he gets in there. He just does his thing and that’s it.”

“I just at this point in time Jericho is just as valuable as Brock Lesnar in a lot of ways and if I didn’t think that I should retire right now. So you know who’s to say what offers and opportunities there are out there? But to me, it’s a whole new world once again because for whatever luck of the draw I’m a free agent at a time when there are a lot of wrestling companies dying for top-level guys and there aren’t a lot of guys with the long-term name value and goodwill with wrestling fans on a worldwide basis than Chris Jericho has.”

Only time will tell if Impact Wrestling, ROH, or even NJPW can rope Jericho into a show on US soil. But it certainly sounds like that’s something he’s preparing us for.