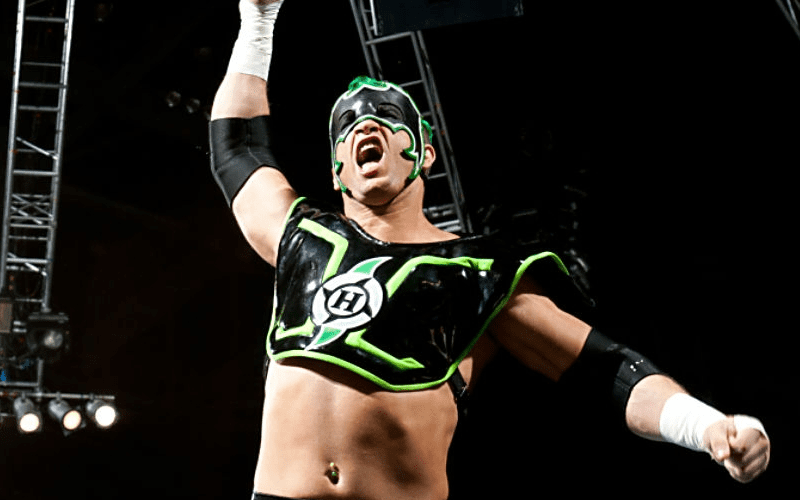 Hurricane showed up at the Royal Rumble this year and nobody really expected to see him at all. Of course, he didn’t win, but it was still a big surprise.

Hurricane Helms recently spoke to the Chair Shots To The Cranium podcast where he revealed that the little joke he made about challenging for the vacant WWE Cruiserweight Title actually had a lot to do with him making a Royal Rumble appearance.

“There have been talks before about doing a surprise for the Royal Rumble,” Helms said. “But I was with a different company or injured or something like that. It just wasn’t the right time before. This time it was just the right time.”

“They wanted a surprise. I had posted an Instagram picture — and this is how social media can be used in a really wonderful way — I posted a picture of the WCW Cruiserweight Title, which I still have and a replica of the WWE Cruiserweight Title. This was around the time when Enzo Amore got fired so they didn’t have a champion. So I put a picture up of the belts and said, ‘hey WWE I know a guy.'”

It looks like it was partly just things working out, but it also had a lot to do with the fact that the people wanted to see The Hurricane again.