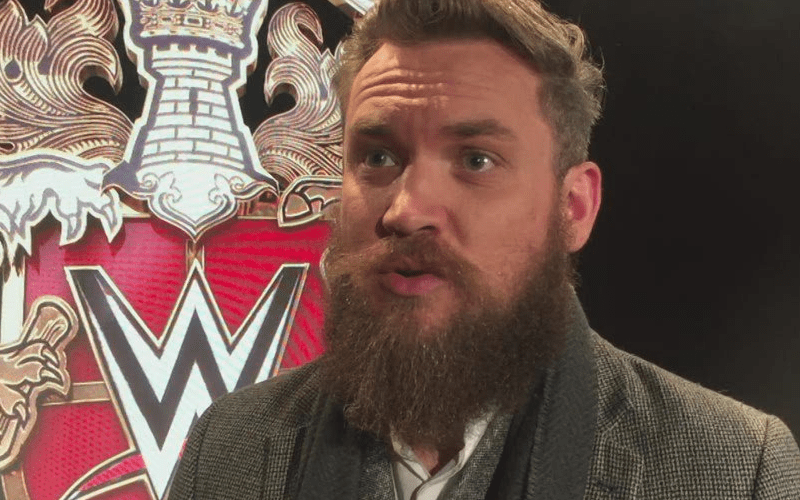 WWE is in the UK right now as they tape more content for the upcoming NXT UK brand at the Insomnia Gaming Festival. Prior to the tapings, British Strong Style member Trent Seven was interviewed by The Sun, where he described what the ultimate goal is with the NXT UK brand.

Seven explained that he and Tyler Bate are not done with the NXT Tag Team Championship scene, but they are looking to continue creating a name for themselves. In doing so, they want to continue working with the NXT UK brand to help it achieve international success.

In the process of answering, Seven also noted that he believes the British will get a major WWE PPV event within the near future based around the explosion of wrestling in the area.

“The NXT Tag Titles are still firmly in our sights. We’ve held them once, and what a privilege it was winning them at the Royal Albert Hall, a moment we’ll never forget. We’ve got a taste for the gold now and we’ll definitely continue to try and chase it. We’re big strong boys and we’ll come back. Performing in Brooklyn has only ignited the fire. We have a lot on our plates in the U.S. and building this brand, but the goal is to make this as big as we can. At the moment we have a real intimate relationship with the product as far as the size of the crowds goes, but as that builds hopefully one day we can look to do stadiums and much bigger venues. I can definitely foresee a major WWE event coming to the British Isles in the very near future. So if we keep working hard and impressing we can play a part in that as it would be incredible.”

There has been no confirmation thus far on when the NXT UK brand will indeed kick off, but it is expected to start within the next few weeks. In the same time period, WWE also has the Mae Young Classic, the Super Show Down show in Australia and the Evolution show, alongside their promotion of Hell In A Cell.

Are you excited for NXT UK? Do you think you’ll be an avid watcher of the product? Let us know down below.