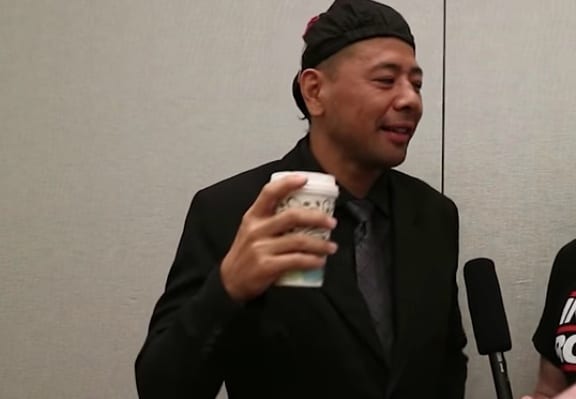 During an interview with Inside The Ropes during SummerSlam weekend, Shinsuke Nakamura revealed that he’s still making a decision over his future in professional wrestling.

Nakamura, who retained his United States Championship against Jeff Hardy at the biggest party of the summer, is expected to re-sign with the WWE by many – although some believe that he could, in fact, return to New Japan Pro Wrestling. The King of Strong Style has spent the last two and a half years with the company, with his first match taking place at Takeover Dallas in 2016.

In the below interview Shinsuke seems to joke around about the quality of surfing here and how close he is to the beach, but eventually, he reveals that he’s still making up his mind regarding what he’s going to do.

Given that his family have likely settled in the United States by this point, as well as the fact that he doesn’t need to take nearly as many bumps in WWE as he did in NJPW, the logical prediction would be that Shinsuke remains with the company.

Still, anything can happen, and when it comes to both Shinsuke and Bryan, it’ll be interesting to see whether or not WWE formally announces their re-signings – kind of like they do in the world of association football, also known as soccer by many.

Shinsuke has been on a strong heel run over the last few months, capturing the US Championship after failing to dethrone WWE Champion AJ Styles during their feud.