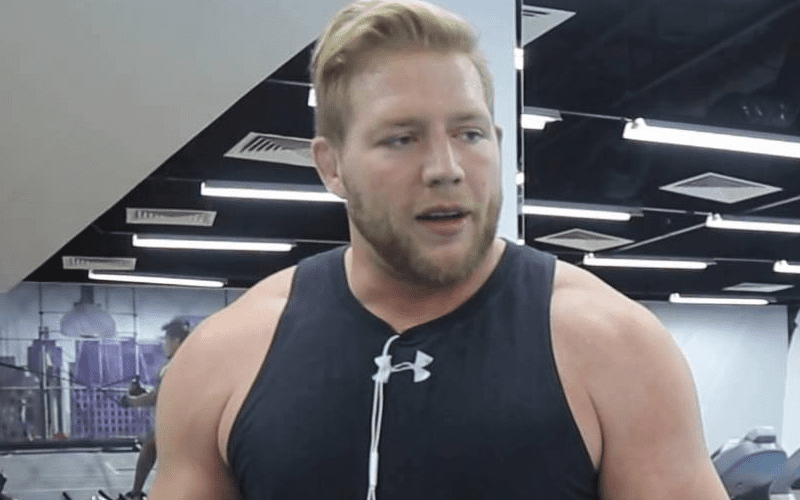 The former Heavyweight Champion and Money in the Bank winner Jack Swagger caught up with Submission Radio to discuss his current transition from professional wrestler to mixed-martial artist. Since his departure from the WWE in early 2017 Swagger (real name Donald Jacob Hager Jr.) has debuted in Lucha Underground, won championship gold for Imperial Wrestling Revolution, and signed with Bellator for fights to take place in 2018. It was this last point that Swagger discussed in-depth during his interview:

Yeah, I think I absolutely will fight in 2018. It’s too late now to fight twice in 2018. I got real busy with professional wrestling with Lucha Underground back at the beginning of the year. Bellator’s been great to work with. They allowed me to do that and continue making a name for myself outside the octagon, which just goes for miles and miles for someone that I want to work with. You know, it really means a lot when they make it easy and they make you feel like you’re wanted there.

We’re still planning on November, December of 2018 for Bellator. In my mind, I’m gonna fight at the end of 2018. I’m gonna make a statement and then in a couple of months I’m gonna fight again since I’m already in the shape, I’ve already got the camp going. I think the training has been going great. I really have been doing Friday, Saturday, Sunday shows, and then Monday through Thursday coming home and hitting that two-a-day button. I’m really, really lucky to have this team around me that I do. I pretty much went to Dave Bautista and said, ‘give me your team,’ and these guys have adopted me. I’ve known a lot of them for years before this, and so it was kind of a special thing for them to come on this journey with me.

I started in March 2017, and so from March 2017 until up until we signed, which was October or November of 2017, training was rough, it was really rough. And it was like, a lot of questions. You know, can my body do this? Can my body hold up for the training? Can I get back to that competitive shape? Can I stay healthy? Can I actually learn multiple disciplines and be able to apply them effectively on a professional level? So, it was kind of, you know, you had to kind of go through stages, you had to climb the ladder and then get to a certain point in order to get better. And so now that I have about a year and a half of training under my belt, I’m really at a much different stage at the training where I feel confident, where I’m thirsty for blood and I’m ready to go out there. And I can learn so much faster now because I’ve been working non-stop and building up the arsenal. So like, Monday through Thursday has really been the most important times of the week for me. You know, I go out there on the weekends and give everything I have for the wrestling matches, but I’m definitely focusing on the training.

Swagger’s success as an amateur wrestler was a big reason for his early success, and he looks to make quite an impact in a somewhat stale heavyweight division for Bellator. We’ll keep you updated on when his first fight is booked.

Check out his full interview below, where Swagger reveals the time he had to rib a superstar during a match.