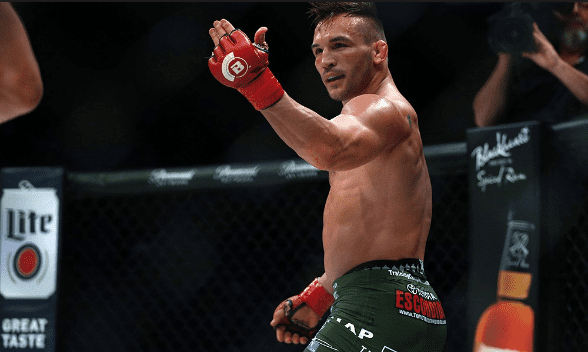 Former two time Bellator Lightweight Champion and one of the best Lightweight fighters in the world Michael Chandler will not sign with the UFC and instead re-sign a multi fight contract with Bellator, reports Brett Okamoto of ESPN.

Chandler, who tested the free agency market after his contract expired following a victory over Brandon Girtz, is said to have been pursued aggressively by Bellator in an attempt to get him to re-sign.

The news was coming, as Chandler himself mentioned recently that he’d like to welcome Eddie Alvarez – a former Bellator and UFC Lightweight Champion – back into the fold at Bellator and settle their rivalry which stands at one win a piece.

Breaking: Michael Chandler is staying put with Bellator MMA. Sources say Chandler has signed a new multi-fight deal to continue fighting in Bellator. Chandler's last deal ended earlier this year and he was open to looking around, but Bellator pursued him hard.

Despite the best efforts of Joe Rogan who tried to talk him into signing for the UFC when he appeared on a episode of JRE, it would seem that Chandler has chosen to continue his career with Bellator.

You can watch the full episode below.