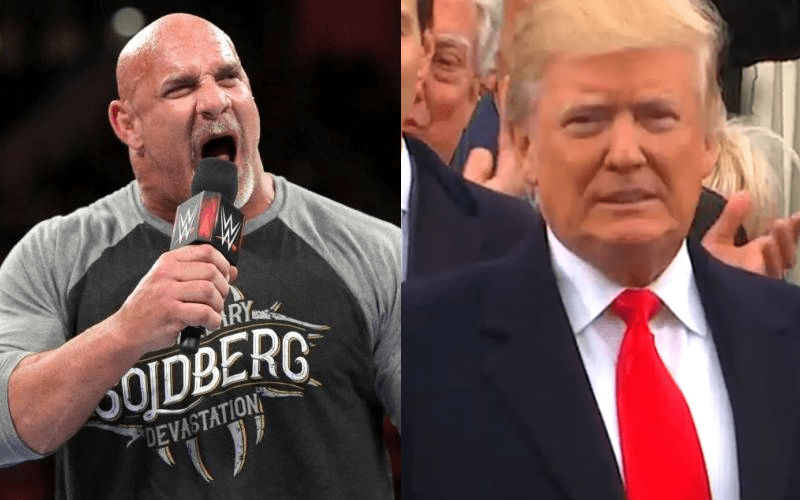 It looks like President Donald Trump might be next. He is currently under fire for issues we are not going to expand on here because this is a wrestling news website… But Goldberg noticed and apparently Trump is messing with him too.

Goldberg says Trump has been threatening him and his wife and he’s not going to take it anymore. Although he didn’t expand on it much, Trump obviously rubbed Goldberg the wrong way.

Now it seems Goldberg is ready to settle this in the ring. Only time will tell where this one leads since he’s dealing with someone with quite a bit of power.