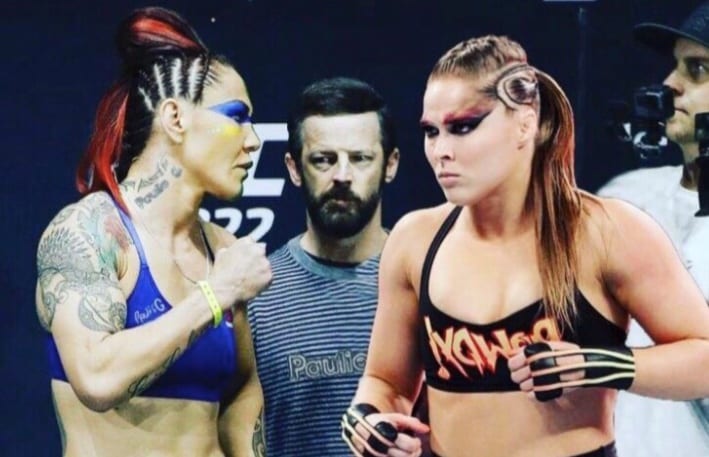 Cyborg and Rousey have been locked in something of a cold war for years now, with many fans expecting them to square off long ago when Ronda was on top of the world in the Ultimate Fighting Championship. Alas, it didn’t come to fruition, with her losses against Holly Holm and Amanda Nunes derailing any hope of a fight.

Despite this, Cyborg continues to prod Rousey over social media, in a follow up to a recent post.

Rousey recently captured the Raw Women’s Championship at SummerSlam, completing a seven month journey that began when she debuted back at the Royal Rumble. Cris, on the other hand, holds a 20-1 record with her last victory coming over Yana Kunitskaya back in March.

Cyborg has flirted with the idea of jumping over to professional wrestling in the past, with a potential match against Becky Lynch being heavily hinted at for SummerSlam last year. Now, though, her focus seems to be on a potential dream match with Amanda Nunes, which is being tipped to be announced at some point in the next few months.

If the two women were ever to meet it would likely be inside the squared circle at this point, with Ronda being all but certainly retired from mixed martial arts. We’ll keep you updated with any potential developments in this, although it seems unlikely that Rousey will respond to Cyborg at this stage.