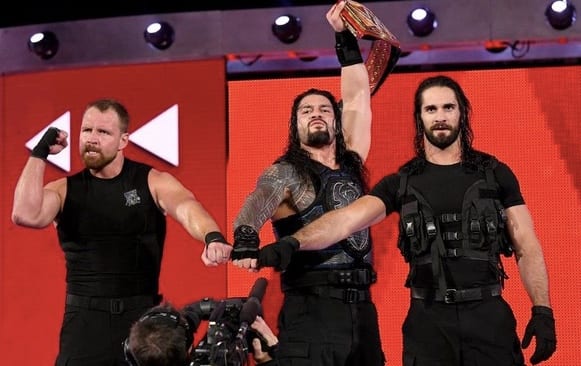 Following The Shield’s reunion on Monday Night Raw last night, Corey Graves had nothing but praise for the segment.

It’s well known that Corey is good friends with the three men, and particularly Seth Rollins, as evidenced on WWE television in the past. The reunion last night was something that few people had predicted despite it seeming like an obvious move in hindsight, with Rollins & Ambrose coming to the aid of Roman Reigns as Braun Strowman attempted to cash in his Money in the Bank contract.

Graves called the moment ‘magic’, with some members of the WWE Universe wondering whether or not The Shield are now heels.

We watch/call A LOT of matches and moments. But to be ringside last night to witness 3 of my best friends, and guys I respect the most in this business reunite, was pure magic.@MichaelCole & I got to be the biggest fans in the building again.

Graves has been able to quickly establish himself as one of the best WWE commentators in recent years, with many praising his style and dynamic alongside Michael Cole. Given that he’s only 34 years of age, there’s every chance that he could be calling Raw for many years to come.

Monday’s edition of Raw and SummerSlam the night before were both praised by the majority of fans, who felt like the shows seemed to flow quite nicely. The rowdy Brooklyn crowds likely helped, which is a good sign for next year’s WrestleMania week which will feature several shows at the Barclays Center.

It remains to be seen as to whether or not The Shield will continue to compete together, especially given that Rollins and Ambrose are both more than worthy potential challengers for Reigns’ Universal Championship. Still, with Rollins holding the IC title, anything is possible.