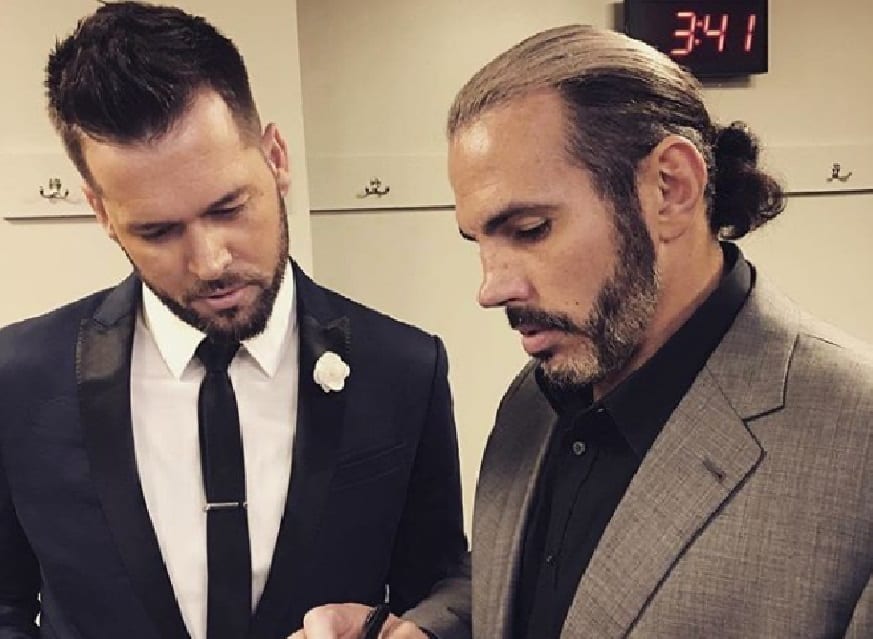 The Wrestling Observer Newsletter noted that Matt Hardy is going to be transitioning into a backstage role as he learns the rope as a backstage producer. It looks like he’s doing just that as Mike Rome sent out thanks to Hardy for all his help.

Hardy has accomplished a lot in his career and now he will have the chance to help out even more people. Only time will tell if Hardy makes a return to the ring, but it was noted that he does need to get some things looked at and have some possible treatments, so this role backstage, while it might be temporary at this point, could be something excellent for Matt to fall back on.

As you can see by the photo below, Hardy looks pretty comfortable wearing a suit as he does his thing backstage.