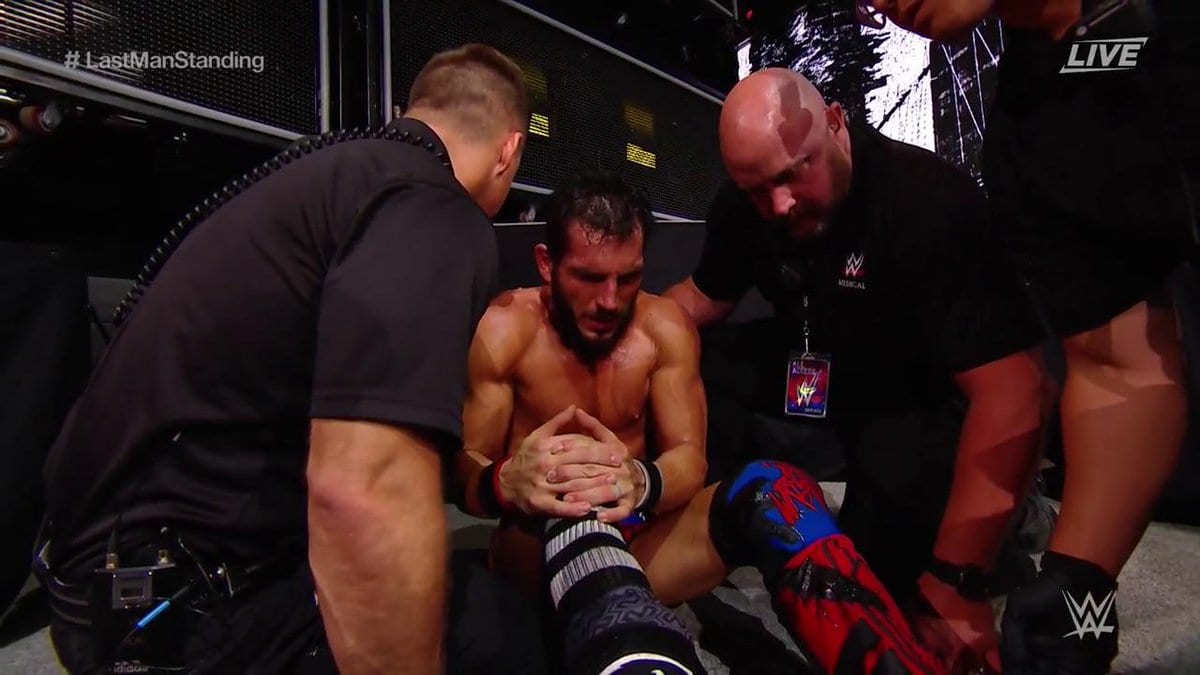 Johnny Gargano was injured during the closing moments of NXT. He took a nasty bump and couldn’t get back to his feet.

Initial reports were that he injured his kneecap for real and possibly dislocated it. But it appears his injury might be totally different than first thought.

Joe Peisich said on Barnburner Radio’s Fired Up that Gargano actually injured his shoulder rather than his kneecap like was initially reported, but it’s possible he injured both body parts because the match was insanely brutal.

Only time will tell how banged up Gargano really is, but hopefully, he’ll be able to heal up quickly because his journey in WWE is just beginning.