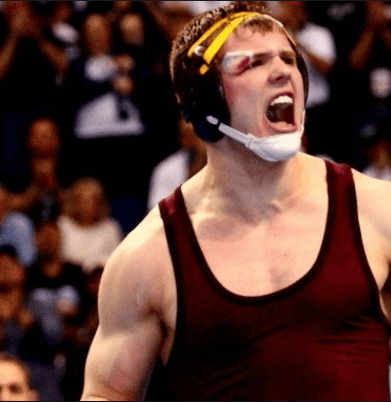 It’s no argument that many mixed-martial artists draw inspiration or comparison from the fighters who stood on the mat before them. Bellator up-and-comer Logan Storley draws those very same comparisons as he prepares for his co-headlining bout against A.J. Matthews from Sanford Pentagon in Sioux Falls this Friday. The man that Storley keeps getting called the protege of…

Makes sense. When Storley was in his mid-teens he was actually able to work with the former UFC Heavyweight Champion, studying the ground-based wrestling that netted Lesnar a world championship in the NCAA. He even sparred with Tony Ferguson while watching legend Randy Couture up-close during their time at the gym. As he told MMAjunkie, Lesnar is a big reason he’s at the level he is today.

I got to see a lot of things as a kid spending time with Brock. It probably helped push me here.

Where is here exactly? Well he’s 8-0 as a professional fighter and 3-0 in his stint at Bellator. Storley may be considered a young Lesnar, but he’s certainly prepared to cut his own cloth for the future.