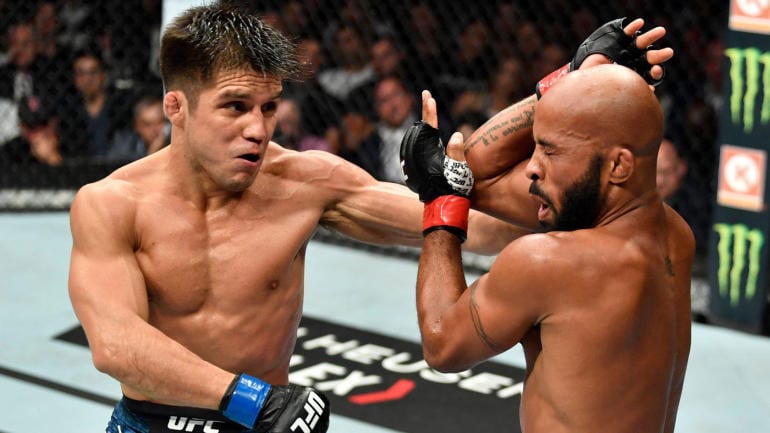 Newly crowned UFC Flyweight Champion Henry Cejudo was interviewed by TMZ briefly about his plans for the Title and who he intends to fight next.

On being asked if he is willing to give long time former Champion Demetrious Johnson an immediate rematch, Cejudo seemed game. However, he did note that DJ will likely come out of the loss stronger than ever, now that he has been dethroned after 11 consecutive Title defences.

Cejudo, who won Olympic gold for the USA in wrestling when he was 21, also mentioned following his victory at UFC 227 that he wants to chase history and become the only guy to have won 2 UFC Championships in different weight classes as well as an Olympic gold medal – and challenged the winner of the Bantamweight Title fight between TJ Dillashaw and Cody Garbrandt.

TJ Dillashaw, who won that fight, later said in his post fight press conference that he is open to the idea, but that Cejudo has to get in line for his Title shot in a division (135 lbs) that he’s never fought in before.

Let’s see how all of this shakes out.