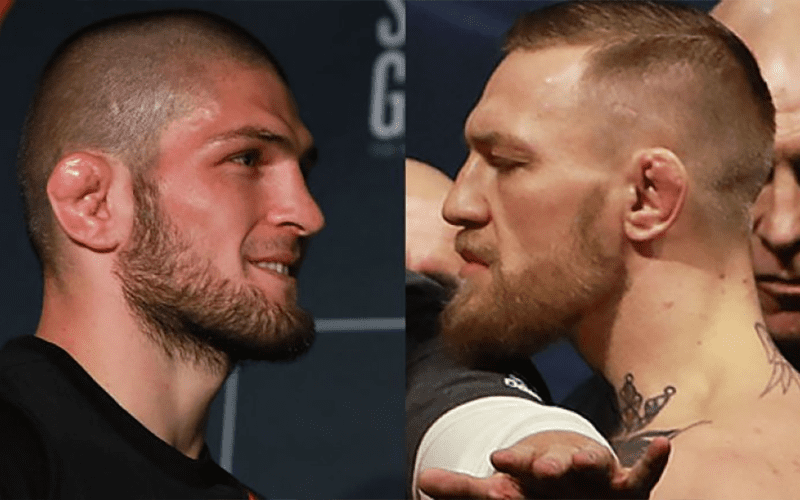 The effervescent UFC Lightweight Champion Khabib Nurmagomedov has never been one to mince words. And he made it clear in his latest interview with TMZ that unless his monetary demands are met, the Conor McGregor fight is not yet confirmed.

Khabib’s main point of contention was that he had no intention of letting the UFC use his name to build up a big money fight where the company and Conor make millions, while he fights for a pittance.

He also mentioned that Conor did not deserve this Title shot after going 2-2 in his last 4 fights (taking into account the loss to Floyd Mayweather), and if the UFC insisted that he fight for the existing terms on his contract, that it would be against Dustin Poirier.

However, Khabib did maintain that he would like nothing more than to ‘humble’ Conor McGregor and when a reporter raised the point about both of them being in New York currently, said that they would absolutely get it on if they chanced upon each other in the streets.

You can see the full interview here: