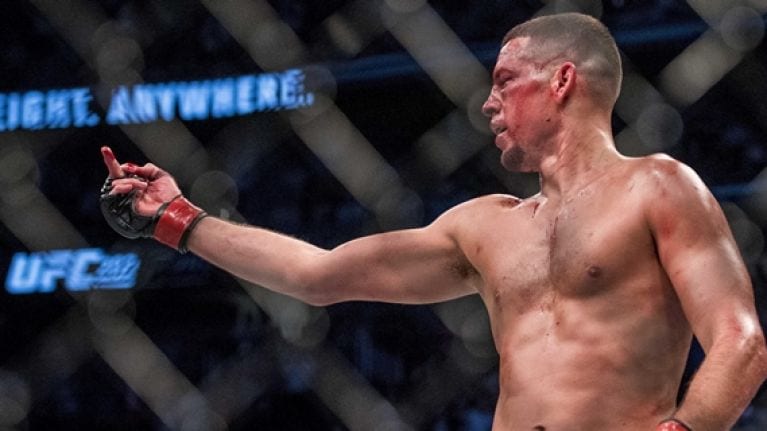 When everyone is awaiting news of the fight between Conor McGregor and UFC Lightweight Champion Khabib Nurmagomedov to be announced, it has been reported by Lance Pugmire of LA Times that Nate Diaz will return to the UFC after a 2 year hiatus to throw down with Dustin Poirier at UFC 230.

Diaz-Poirier will be fought at lightweight, 155, and serve as co-main event on MSG card that will include @LukeRockhold @chrisweidman

Diaz, who last fought at UFC 202, has been out of action ever since, waiting for the most opportune time to step back into the fray. Now, with Conor also poised to return, a fight against Dustin Poirier – who is on the cusp of a Title shot at Lightweight – would make a lot of sense for Diaz as the winner should go on to face the winner of the Khabib – Conor fight.

It was also reported that both Diaz and Poirier will be present in the mega press conference the UFC is putting together tomorrow to reveal the important fights for the next quarter.

Nate Diaz vs. Dustin Poirier is set for UFC 230 at Madison Square Garden, multiple sources say. The fight is expected to be officially announced at tomorrow’s press conference. First reported by @latimespugmire.