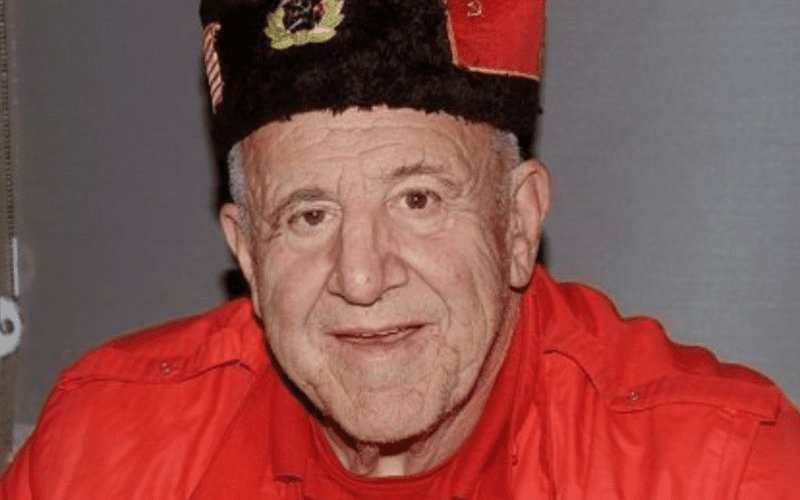 As noted earlier today, Nikolai Volkoff has passed away  this morning days after being released from the hospital he was at in Maryland. He was 70-years old.

Several wrestling personalities have taken to social media to react to the news, which you can see below.

Nikolai entertained while inciting anger in fans all across the @WWE Universe as an in-ring competitor, but backstage he was a gentle and thoughtful family man. Our thoughts are with his family at this difficult time. https://t.co/ItHtCpA1KU

Nikolai Volkoff was one of the nicest people I’ve ever met, in this industry or otherwise. Always brought a smile to my face to see him when we were in Baltimore. Condolences to his loved ones.

I always loved our conversations backstage … Nikolai Volkoff was so special to my dad and the entire Hart family. We will miss you, Nikolai. My thoughts and condolences go out to Nikolai’s family. 🙏 pic.twitter.com/WfMd4FDowb

I did many road trips with Nikolai Volkoff. As we only lived 15 minutes from each other.

I learned so much from him. He was one of the kindest people I’ve ever met.

Nikolai Volkov was the first real bad guy I watched Hulk Hogan vanquish. Then seeing him team with Iron Sheik on the British Bulldogs & Wrestlemania 1 VHS tapes sealed him as a big time villain. RIP to another one of the greats

MY BEST FRIEND. MY PARTNER. MY BROTHER. WE GET MORE HEAT THAN ANYONE ON EARTH. I TRUST HIM WITH MY LIFE. HE TAKE CARE OF ME WHEN I WAS DOWN. I MISS YOU FOREVER 💔 pic.twitter.com/pp7ZgQRDnb

These were the first two wrestling action figures I ever got. Sheik and Nikolai Tag team pack with belts and removable Russian hat. #ripnikolaivolkoff 😢 pic.twitter.com/XyedJOPvuE

NICOLAI VOLKOFF one of a kind. Gentleman always. R.I.P.

RIP Nikolai Volkoff. One of our industries great characters. One of the first action figures I had as a child. As much as I enjoyed his singing of the Russian National Anthem, I will always be a Cara Mia guy. Godspeed.